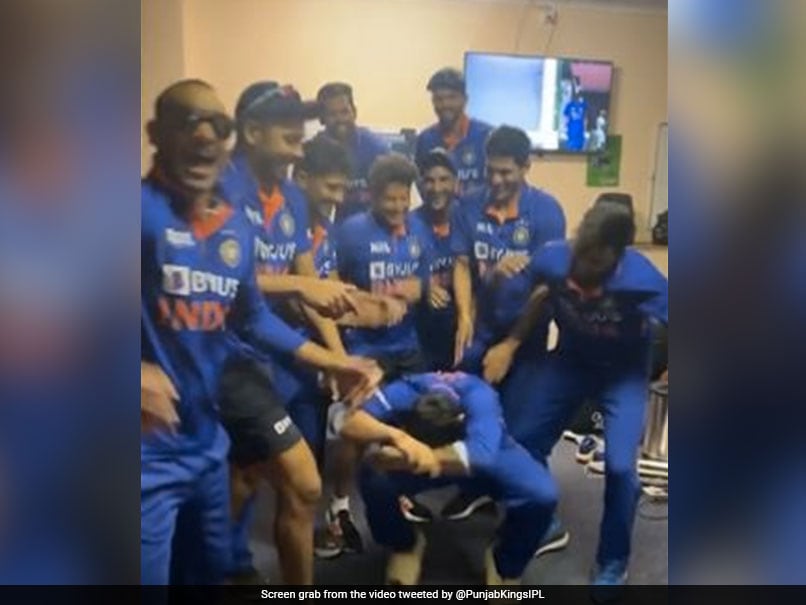 It was a memorable night for the Indian cricket team led by KL Rahul as they beat Zimbabwe by 13 runs in the third ODI to complete a 3-0 series sweep. Sikandar Raza scored a heroic ton to give India a big scare in Harare but in the end the visitors prevailed. With most of the senior players resting, the streak was all the more special for the lot. Earlier, Shubman Gill made his first international century. Gill not only wreaked havoc with the bat, but he also caught Zimbabwean centurion Sikandar Raza, who was threatening to give the home side a shock victory.

After the match, it was party time for the Indian team. Shikhar Dhawan previewed the celebration in a social media post that went viral. In the video post, the Indian crew members can be seen dancing to the hit song “Kala Chashma” from the movie “Baar Baar Dekho.”

It’s important to remember that earlier this year, a group of dancers and move directors from a troupe called “Quick Style” went viral by tapping their feet to the beat of the popular party anthem” Kala Chashma” at a wedding. The band put on a high-octane performance filled with lively expressions and elegant moves, the clip shows. Dhawan and co’s victory celebration is quite similar to the video that went viral earlier this year.

Speaking of the match, after India captain KL Rahul won the toss and struck, the tourists went 289-8 in 50 overs. Zimbabwe were all out for 276 in response with three balls remaining.

The tourists looked set for victory when they cut the home side to 122-5 with all regular scorers except Raza back in the clubhouse. But Pakistan-born Raza shrugged off poor form in the opening two matches to smash 115 and leave Zimbabwe needing 17 runs on 12 balls for victory.

The tail could not deliver, and a gallant pursuit by Zimbabwe failed.

Gill hit 130 of 97 balls, hitting 15 fours and one six. Ishan Kishan (50), Shikhar Dhawan (40) and Rahul (30) also contributed at bat. The breakthrough century for Gill, 22, came less than a month after he came excruciatingly close, scoring an unbeaten 98 against West Indies in Port of Spain.

He shared a 140-run third-wicket partnership with Kishan, who reached his half-century before being chased out by Tony Munyonga.

Topics discussed in this article