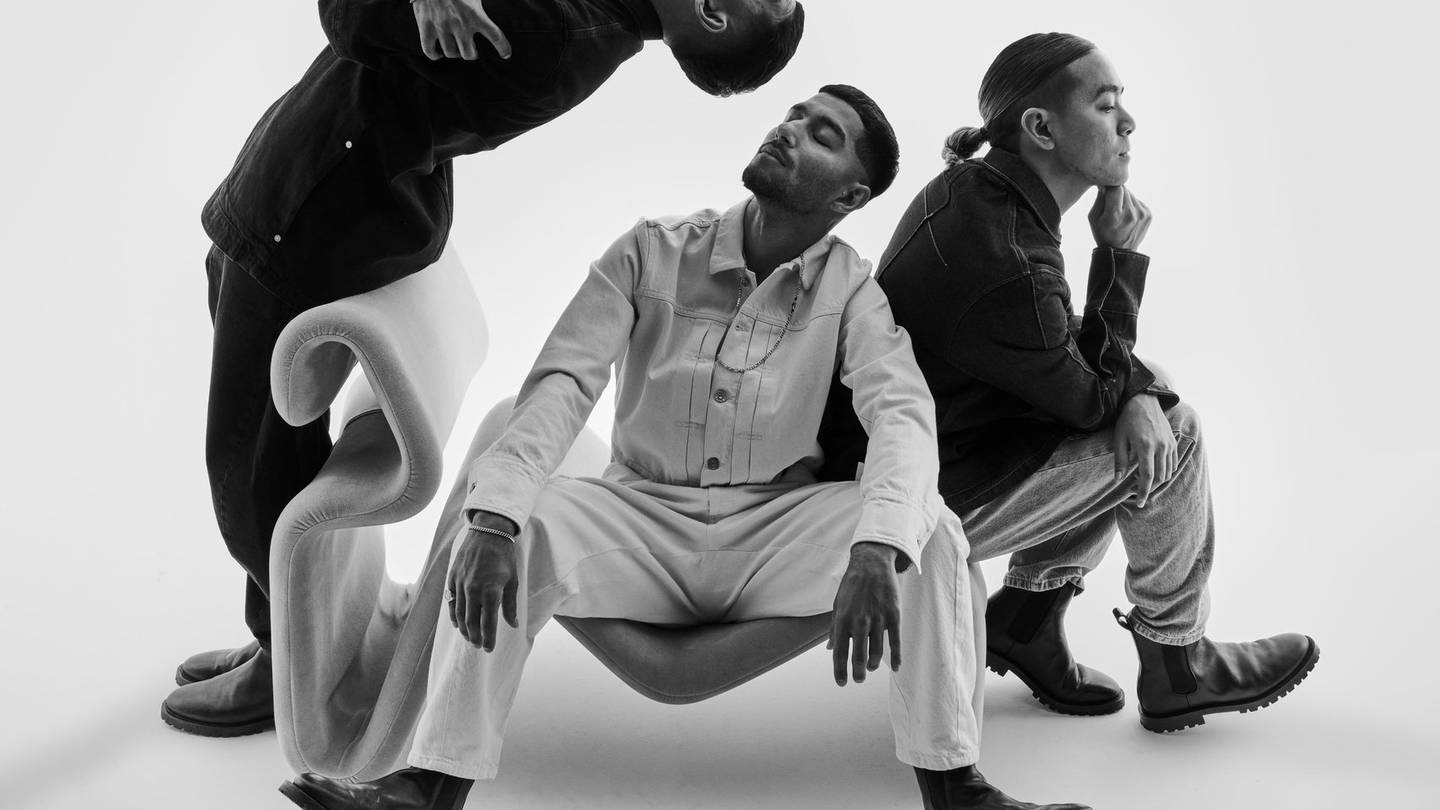 In June this year, clips of a ragtag crew of boys performing to a mostly Bollywood hit medley at a Pakistani wedding in Oslo, Norway went viral on TikTok and Instagram.

While song and dance celebrations are a mainstay of most South Asian weddings, the band’s sheer skill, finesse of movement and boundless energy have proven to be addictive to watch, propelling them to worldwide fame.

The diversity of the dancers – all of Norwegian nationality but of different ethnic origins – created a curious but fascinating spectacle. Their effortless blending of different cultural identities into a universally appealing performance has also made them a pop culture phenomenon.

But the boys themselves were no ordinary wedding guests. They are professional dancers and choreographers called Quick Style and performed at the wedding of one of the group’s founders, Suleman Malik.

Quick Style will perform on Friday as part of Coke Studio Live in Dubai. Ahead of their Middle Eastern debut, the band performed one of their famous “Takeovers of the City” in Dubai on Sunday, during which they performed their viral Kala Chashma routine at the foot of Burj Khalifa, with hundreds of adoring fans cheering them on.

A journey of dance and discovery

TikTok fans might know Quick Style from their Famous Wedding Show 2022 viral video, which now has nearly 80 million views on YouTube, but the group’s founders, Pakistani-Norwegian twins Suleman and Bilal Malik, and their Thai-Norwegian friend Nasir Sirikhan, all 31, are no strangers to stardom .

Their journey to world fame has been long and passionate in the world of dance.

The trio first met at school in their early teens in Oslo and say they weren’t particularly good dancers, “but just interested in music videos and cool stuff like most children”.

“We were inspired by a dance community in Oslo. So we started taking classes together and grew together,” says Bilal. The National.

Over time, they have attended workshops led by international dancers and say they have trained with some of the best choreographers in the world.

“We started doing shows, battles, things like that and people liked us, and we slowly started winning competitions.”

Their breakthrough came in 2009 when they won Norway’s biggest national talent competition, Norske Talenter Where Norway has talent, leading Sony Music to sign them as their first non-musician artists. This led to the start of their touring and stage careers, as well as international dance workshops.

In 2009, using the prize money of Norske Talenterthe friends start their own dance studio in Oslo, Quick Style.

“Long story short, we realized the spaces we were practicing in weren’t suitable for professional dance, so we rented our own space and built the studio from scratch,” says Sirikhan.

“But when the rents started going up, we started offering classes for certain incomes. That was the original idea behind it, but it grew into something much bigger and the dance school and the most thriving community in Norway today, it is a creative home and an outlet for many young people.

Quick Style has since gone on to choreograph for top K-pop group BTS. Their first official dance for the group is Save mefollowed by blood sweat tears.

But it was their routine for Boy with Luvthe official 2019 music video that earned them award nominations. The music video has been viewed 1.5 billion times on YouTube at the time of writing.

In 2017, they also appeared on the dance world TV show, for which Jennifer Lopez was one of the judges, with a mind-blowing, highly technical and synchronized routine.

In 2020, while participating in America has talent: the champions, they were eliminated quickly with the dreaded “X” buzzer. But it was a learning experience, says Sirikhan.

“It made us realize that we were designing and delivering our shows to people in the dance industry,” he says. “But now it’s more about entertaining a general audience. Through our craft, we aim to build bridges, make people smile and make people happy.

A product of their time

While their dancing primarily focuses on urban and hip-hop, the group says their dance style is as eclectic as their backgrounds.

“Growing up in Norway, we had a very broad perspective. We learned about European dance styles and are part of the community here, but growing up in Desi/Asian homes we were also exposed to this culture,” says Suleman.

“When we started learning dance, we were obsessed with hip-hop, but also learning Asian styles – Japanese and Korean – as well. So we soaked up all the influences: Asian, American, Europeans.

“Americans taught us about synchronization, urban and R&B styles, Asians focus on technique and European style is more individual. From there we started to develop our own style, but our style comes from everything… all these different influences that we grew up with.

“The beginning of our interest in dance coincided with the launch of YouTube, and before social media became so important, we were inspired by the movies, the culture, our homes, all the experiences of vacationing in the country of “Our parents’ origin. A lot of our references even come from video games we’ve played and our favorite characters,” says Sirikhan.

Even their name, Quick Style, is inspired by Kvikk Lunsj, their favorite chocolate bar (“the Norwegian Kit-Kat”, as Bilal calls it) that they snacked on while thinking of what to call themselves.

“Everything is a source of inspiration,” says Bilal. “It is indeed the time right now, as the whole world is connected through social media and devices. It is the same for us: we are a product of the times in which we live.

But back to their viral wedding video and its universal appeal, which Sirikhan says comes down to their “personal vibe.”

“You could see we were all friends for a long time,” he says. “You can see the joy and genuine fun we had while performing. That, along with the song choices, the presence of professional dancers, and our sheer ethnic diversity – people don’t expect to see that combination and see the unexpected is part of what makes things go viral.

Bilal says he is proud of the diversity of the group. “Our dance studio in Oslo has about 250 active members. Norway is so diverse, we have rich and poor students, children who get dropped off in their cars and those who have to take the bus for an hour, but when they get here we become a community regardless and the wedding video was the result of that,” he says.

“The boys in it are a mix of Norwegian, Pakistani, Indian, Albanian, Moroccan, Thai, Filipino… but our world is one.”

In 2019, Quick Style was named a Unicef ​​Goodwill Ambassador of Norway, working to reduce racism as part of the United Nations’ Sustainable Development Goal #10: Reduce Inequality.

“We worked for inclusivity with immigrants coming to Norway, fleeing war or other difficult situations,” says Sirikhan.

“Our job as ambassadors was to show people that you can be Norwegian even if you’re not blond or blue-eyed. Being born and raised in Norway and enjoying everything we’re doing right now , here and abroad, simply shows the possibilities for young people.

In the years to come, the group aims to have studios all over the world, including one in Dubai.

“There is a lot of talent in the UAE. We have great confidence in that,” Suleman says.

Coke Studio Live, featuring top performers from the hit Pakistani show, is set to take place at the Coca-Cola Arena on Friday. Tickets cost from 179 Dh and are available on coca-cola-arena.com