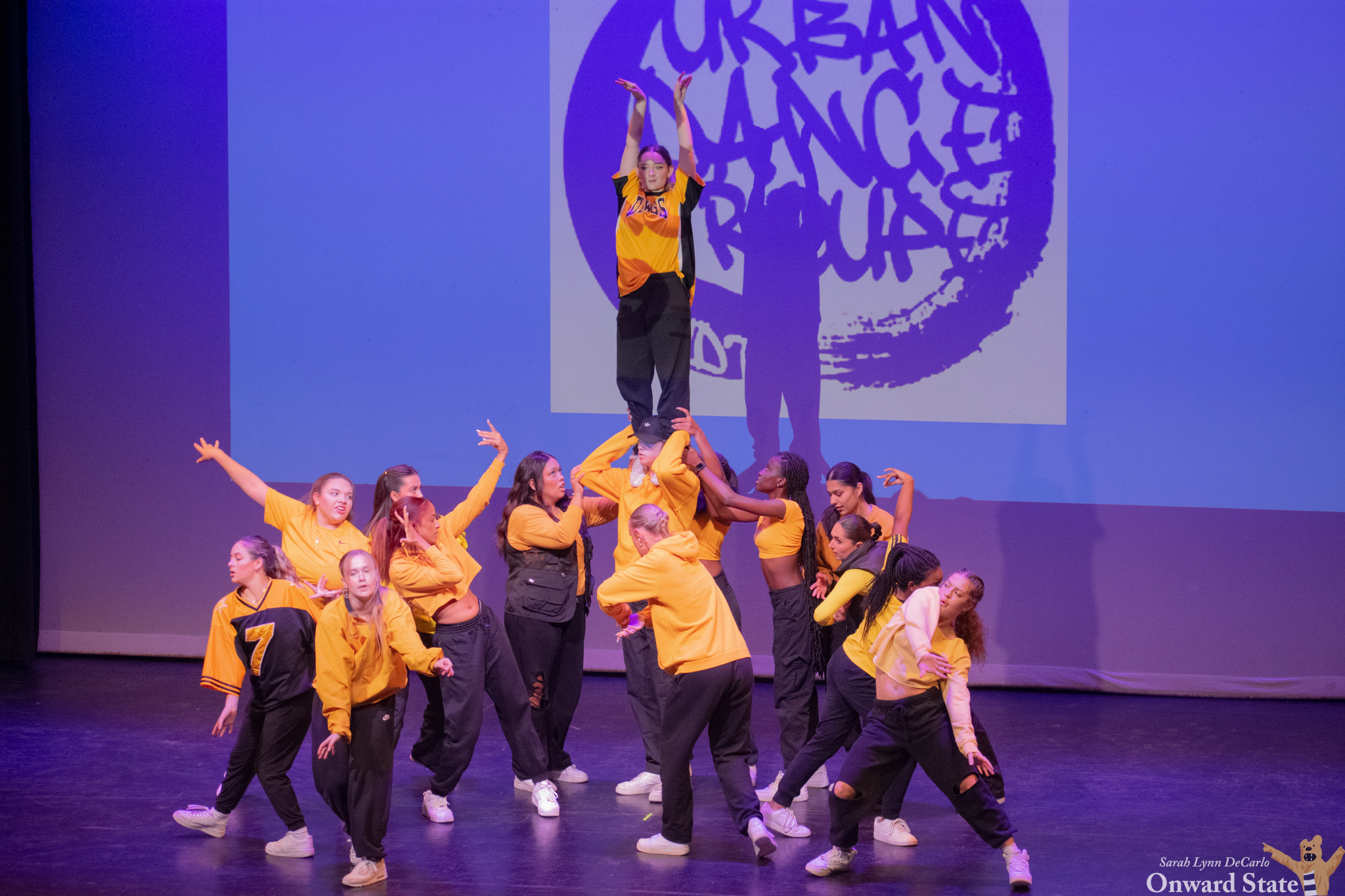 The first performance of the evening was by tap group Tapestry, who performed on “The Wizard of Ahhhs” by Pentatonix and Todrick Hall. The 14 members dressed up as iconic characters from the film, including Dorothy, Scarecrow, Cowardly Lion, Tin Man and, of course, Toto.

Then there was the only all-male a cappella group, The Statesmen. The 14-man band performed Paramore’s “Misery Business,” with an a cappella twist. Five soloists alternated in the spotlight throughout the number.

Last year’s winner, the dance company Orchesis, took the stage to perform a lyrical piece. The group danced to “She” by Laura Mvula. During the show, the audience went wild as soon as the dancers entered. Orchesis’ dance consisted of jazz, ballet and contemporary themes.

Next, dance group KPMD performed on Mamamoo’s “AYA.” The group of four took to the stage and gave the crowd a taste of K-Pop.

The Pennharmonics, also known as the “Penns”, followed Haji Springer’s “Let Me See You Move”. The all-gender a cappella group consisted of 13 members, featuring a male soloist who took center stage for most of the performance.

Nittany Dance Project, a coed dance group specializing in hip-hop and jazz, debuted “For The Glory.” The group danced to a variety of high energy songs from Beyonce, Pitbull and the Black Eyes Peas. Throughout the performance, many dancers burst cartwheels and lapel springs, eliciting cheers from the audience.

Irish dance organization Rince Na Leo opened their number with two star dancers dancing to an Irish jig. Afterwards, the rest of the group came out on “Zombie Nation”, naturally bringing along the “We Are” chants from the onlookers.

Blue in the Face, a mixed a cappella group, then took the stage for their rendition of Dua Lipa’s “Levitating.”

After Blue in the Face, PSDA, also known as Penn State Dance Alliance. PDSA has danced to many different songs, such as the TikTok trending song “Remember” by Becky Hill and David Guetta. Other songs included Jason Derulo’s “The Other Side” and Drake’s “Sticky”. The band wore matching Happy Valley yellow t-shirts and finished the number with an elaborate kick line that delighted the audience.

Next, the all-female a cappella group Savoir Faire performed their rendition of “Dancing in the Moonlight.” The group consisted of 14 girls, including a star soloist.

Volé, the largest all-inclusive dance organization on campus, then performed an energetic number to Queen’s “Body Language.” Although there were only a small number of members dancing, the club has over 200 members.

Urban Dance Troupe was the final performer at the event, dancing to Beyoncé’s “Homecoming” and Destiny’s Child’s “Lose My Breath.” The pumped up performance took the crowd by storm.

As the judges decided on this year’s winner, the 2022 reunion court went down like a lip-sync battle. The group performed on Miley Cyrus’ “Party in the USA”, Beyonce’s “Cuff It”, Carly Rae Jepsen’s “Call Me Maybe” and Taylor Swift’s “Love Story”. Each member of the court had a moment in the spotlight with the crowd joining in the chant.

Evan Halfen is a sophomore broadcast journalism student from Newark, DE. Evan loves all things Penn State, heeling, making noise, just about any beach, and his puppies, Butterscotch and Wentzy. You can direct all your suggestions, roasts and jokes to his Instagram: @e.evan.halfen.n.