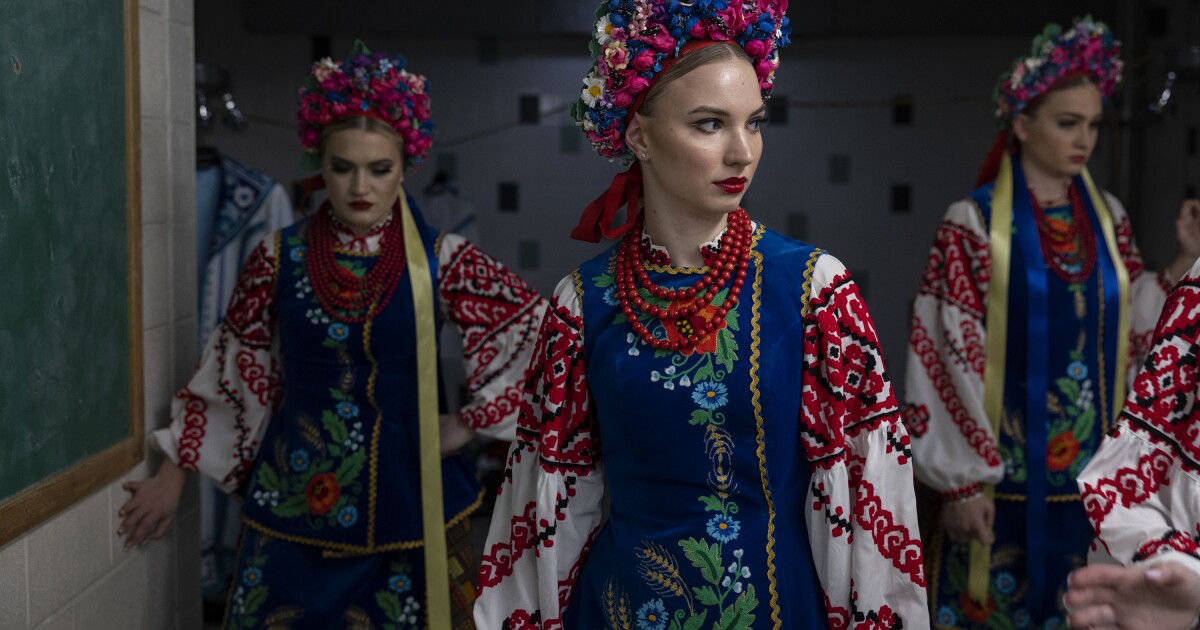 After a pandemic hiatus, the Voloshky Ukrainian Dance Ensemble is a bit rusty.

A few times a week, about two dozen semi-professional dancers perform choreography in the basement of the Ukrainian Cultural and Educational Center in suburban Philadelphia.

Choreographer and director Taras Lewyckyj, 59, has been studying Ukrainian dance since he was around 4 years old.

In this one, a dancer wearing a Russian fur cap tries to come between a Ukrainian couple. It ends with kicks to the behind and the Russian rolls over.