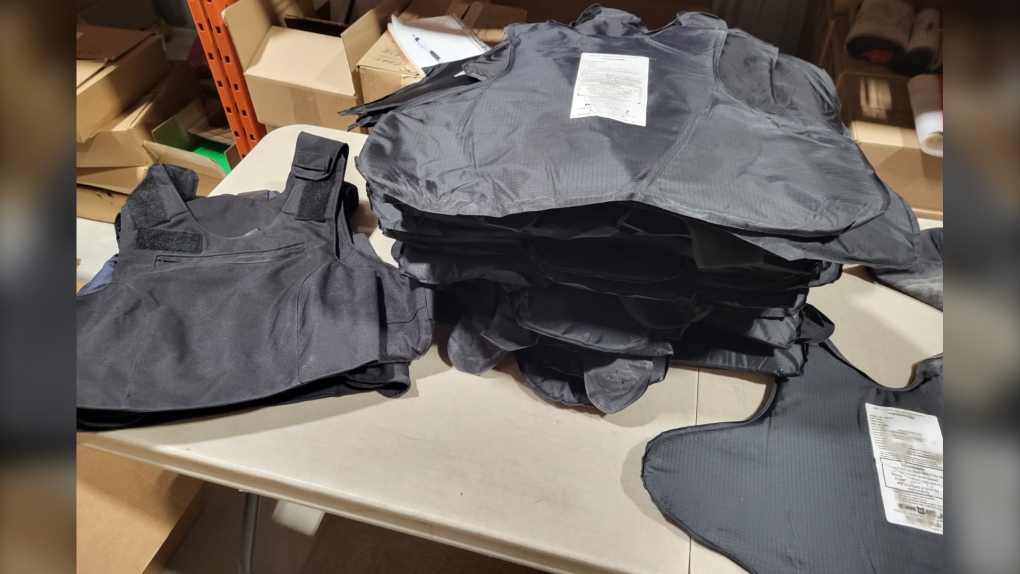 On March 9, its treasurer Scott Gordon met with Mayor Brian Bowman as the mayor offered his support for Ukrainian groups.

“We thought that across town there might be possibilities or things that we couldn’t get our hands on ourselves,” Gordon said in an interview with CTV News. “It was an opportunity that we had to take advantage of.”

A statement from Bowman’s office indicates there is an outpouring of support from Winnipeggers.

“A lot of the dialogue I’ve had with Ukrainian Winnipeggers has been about the need to continue to explore support options that could be sent to Ukraine,” Bowman said in an email to CTV News.

Gordon said he asked the city to “look very carefully” for possible supplies for emergency services.

“Some body armor is going around the Winnipeg Police Service, so older units are getting out of line,” Gordon said.

From a Winnipeg store Thursday morning – 126 ex-Winnipeg Police Service body armor was shipped to Toronto as the shipment headed to Ukraine.

Geoff Gray, the owner of Urban Tactical, says they supply equipment for the police, but this delivery was a first.

“I’m very happy that we can get involved and give this expired body armor a new home and provide protection for some of these people who may not have it,” Gray said in an interview with CTV.

The vests destined for Lviv are out of date – but Gray says that doesn’t mean they won’t work.

“That body armor is still good,” Gray said. “It’s still very good. It probably works like day one. But it starts to degrade over time.

Gray says the vests had an expiration date of five years.

“This body armor can go to first responders who are firefighters and paramedics who get into this action and could use protection while they rescue other people or could be distributed to refugees trying to flee certain areas “, Gordon said.