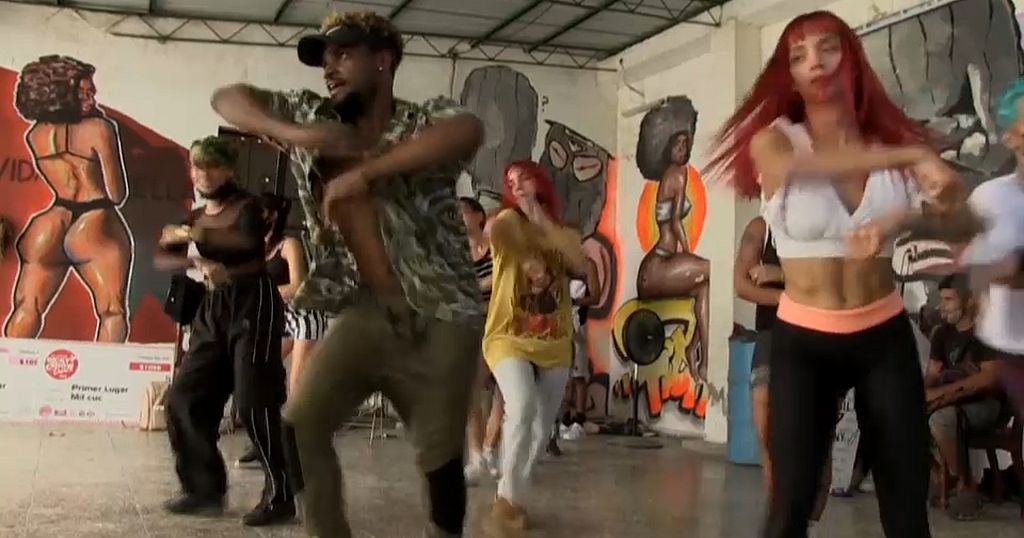 Cuba, the Caribbean island that gave us the iconic queen of Afro-Cuban salsa and rumba Celia cruz sees the rise of the dance troupe Datway – a group of 16 dancers aged 18 to 32 whose fusion of dance styles with African roots, namely salsa, reggaeton and hip hop, are making waves on Facebook and Instagram.

Under a tin roof supported by graffiti-covered walls, Datway members practice Monday through Friday and shoot their videos on weekends.

“We are always looking for places that are … well not ugly, because for us they are not ugly, but real – those balconies that need a touch of paint, young people and children who are not very well dressed, “he said. the 23-year-old with his wild mop, parts of which are discolored blonde.

Chaiky Dari has 33,700 Instagram followers, a high success rate for a country with the third lowest fixed broadband speed, according to Speedtest, although it ranks 88th out of 134 for mobile speed.

Sometimes they go out into the street, hooking up their audio system to a neighbor, an old lady who sells fruit on the porch.

“Abroad, Cuba is still considered the land of salsa”, but “here there is also a lot of talent in hip-hop, with a lot of street dancers,” says Liuven Dopico, 28, who himself learned to dance. “in the street” and “watching a lot of videos”.

Datway’s idea, however, is not to abandon its Cuban dance roots.

Dopico gives a little insight into the rich fusion behind datway’s choreographic style.

“Here we mix hip-hop a lot, urban street dance, we mix it with traditional Cuban music, we combine it all and create something really beautiful.”

Another member of the troupe, Paloma Duarte, 23, started out as a classical ballet dancer and then worked in a folk dance company. The diversity of his dance prowess is inspiring.

“I feel fulfilled as a dancer having all the styles to be able to develop myself and encompass whatever I want to do when developing a choreography or dance.

“It would be really nice if at the state level, on television, there was a bit of urban dancing and not just salsa and rumba.”

All the goodness of the Afro-Latin fusion has wowed millions of people – even catching the eye of Puerto Rican music stars Ricky Martin and Daddy Yankee – who took to Instagram to comment: “Too good #Cuba” about ‘a dance number that the troupe performed on their latest hit “El Pony” and posted online.

In the video, the troupe are jumping and spinning to the beat of reggaeton in sportswear and sneakers, dyed hair and bandanas, and watched by a bunch of neighborhood kids in a poor neighborhood in central Havana.

The video earned them 2.2 million views.

The group even signed a contract with a record company in Florida, USA, to appear in dance videos.

Ernesto Rodriguez, director of Datway, explains how he is handling the group’s recent results.

“We are using technology, we bought a good camera for the group, and from that half of the money of all that was left, I distributed it to all the members, I also gave money to the kids who participated, to those who were there in the video, everyone. “

Datway members frequently receive messages from budding dancers and the group hope to continue to inspire young people as their Afro-Latin dance fusion dances honor the essence of Cuba in the global spotlight.

Dance troupe shows off their moves in ‘Winter Surprise’