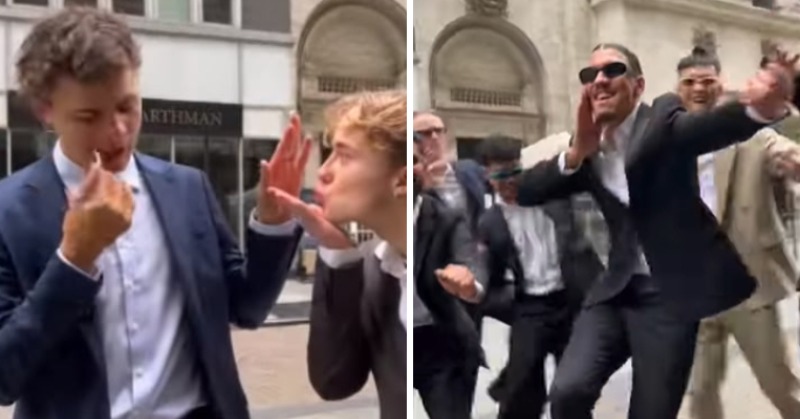 By now, we’re pretty sure everyone has some vague idea about Quick Style, the Norwegian dance crew that set social media ablaze with their performance on “Kala Chashma.”

The team has since grown in popularity and regularly danced to Bollywood songs. Now a clip of the troupe dancing to ‘Sauda Khara Khara’ has gone viral online.

In the now viral video, the members can be seen dressed in costumes, dancing to the popular track ‘Sauda Khara Khara’ from the film. Good Newwz.

“Kiss or slap? Ask Google! reads the caption of the post.

The video has amassed over a million views and over 1.4 lakh likes. Needless to say, people were impressed with their performance.

“You are such an awesome vibe,” one user commented. “That’s so cool. You guys are killing it,” another user said. “You are all vibes! Keep it up,” said a third user.

The caption of the video read, “We’re not done yet.”

Dance group Quick Style was founded in 2006 by Pakistani-Norwegian twin brothers, Suleman Malik and Bilal Malik, and their Thai-Norwegian childhood friend, Nasir Sirikhan. They go through quickstyle on Instagram, where snippets of a wedding performance first surfaced before exploding across the internet.

But long before that viral moment with the wedding video, the group had already racked up an impressive array of accomplishments — including choreography for K-pop titans BTS.

The Norwegian Dance Team’s performance on Sauda Khara Khara is too good to miss. The video is viral