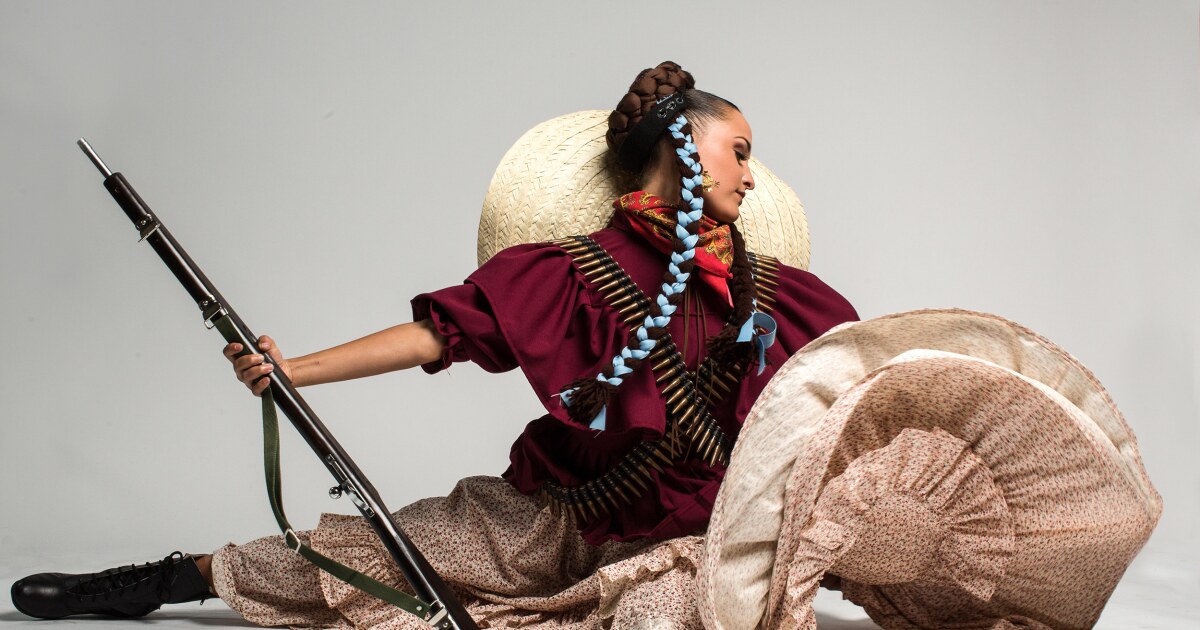 A new dance troupe is set to perform at the Jo Long Theater at the Carver Center on Saturday. The dance troupe was co-founded by Andrea Guajardo, who grew up in the Rio Grande Valley, dancing mostly ballet. Like many young people there, she also took up jazz, tumbling and folklorico.

“As I got older, I decided I wanted to be a ballet dancer and moved to New York to pursue my dream of being that type of dancer,” Guajardo said.

She left folk dancing behind and continued to study other dance genres at school.

“I graduated in four years, I toured with a company called Momix, which is a contemporary illusionist dance company,” she said.

But then she stumbled upon something quite surprising: a folk dance company in New York.

She auditioned and was invited to join. As she danced, her appreciation for folklorico grew by leaps and bounds, and she had an idea. She decides to create a troupe mixing ballet and folklore. She called him Nepantla Ballet.

“It translates to ‘in-between’ or ‘an in-between’. We merge these dance genres,” she said. “And we have traditional folk dances, we have dances that are just contemporary ballet, and we have in-between dances or a fusion of the two.”

“I was really inspired by the ballet folklorico de Mexico by Amalia Hernandez Quadro Revolutionwhich is a segment about the Mexican Revolution,” Guajardo said.
This was the starting point for valentina where, unlike most ballets, women are seen dancing while holding guns.

“It takes people by surprise at first when they see it, and then they want to know why are all these women holding guns?” she says.

This is the story being told, and the one people will see at Carver’s Jo Long Theater on Saturday night March 5. Guajardo says those who come can expect the unexpected.

“People can expect to see something they’ve never seen before and hopefully walk away after laughing, crying, feeling all the emotions and learning something new,” she said. declared.

Tickets can be found here.