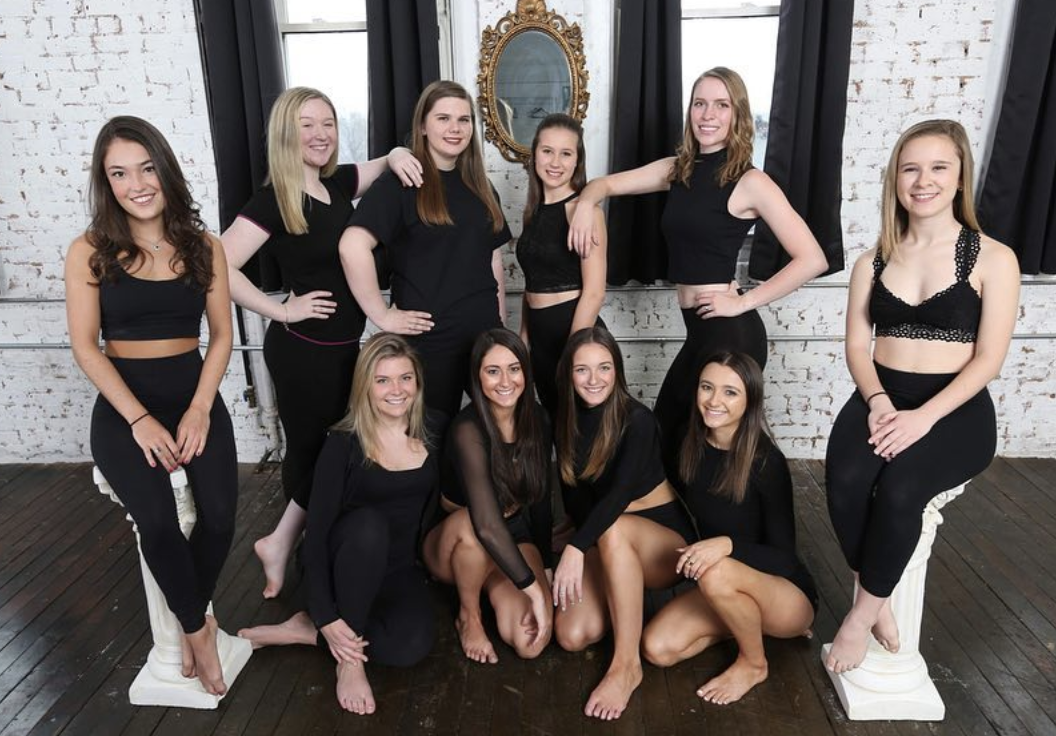 The dance set feels the beat

The Fairfield University Dance Ensemble started its annual showcase, Feel the Beat, with a bang. The brilliant crimson lighting cast a shadow over the dancers’ faces. The music was quiet until the stage came alive and the performers began their show.

The show, which took place on Friday, April 12 at 6:30 p.m., consisted of 38 dances in eight different genres: tap, ballet, Broadway jazz, contemporary, Irish, hip hop, lyrical and jazz. Most of the dances were also choreographed by students. The 65 different students in the group worked together to make the dance cohesive, but each brought the dance to life in their own way.

Hosts for the evening were seniors Gaetano Annunziata, Joe Digenaro and Tom Nolan. They were enthusiastic and filled the time well while the audience waited between costume changes.

The first act had 18 dances, including four senior solos by Alicia Phaneuf, Alyson Derosa, Morgan Carrozzella and Tess Fox. The opening dance was to a song called “Reel Around the Sun” from a show called “Riverdance”. The dance itself was an Irish dance with hard shoes, so it worked similarly to a tap dance. It was performed as a dance battle which made it intense and fun. It was a fantastic opening for the show which raised the energy of the room.

After a 10-minute intermission, the second act had 21 dances, including three senior solos by Jill Stifano, Brittany Fasanelli and Nicole Porter. There was also a dance in which all the seniors performed. One of the final performances was a medley of songs from “High School Musical”. It was an entertaining Broadway jazz dance. Some performers dressed up as iconic main characters from the film. What made the show great was that while the dancing was lively and exciting to watch, the performers wore hilarious costumes and they didn’t take themselves too seriously. Junior Olivia Baril played Troy Bolton, Fasanelli played Ryan Evans, and Julia Joshi ’20 danced as Chad Danforth.

“Looking back on this year’s show, I couldn’t be prouder. To pull off an entire show with such a large cast was so rewarding, I’m so happy with everyone’s professionalism and dedication,” Baril said. “We are student run, no one is scaring anyone into caring about this club. Everyone is here because they love dancing, no matter how much we complain about late practices. That’s what makes our club so special, it’s driven purely by passion.

Overall, the dance ensemble put on an impressive show. Audiences could tell that the dancers pulled out all the stops at every performance.

“When I look back on my experience with FUDE, I will remember the people I met the most. The members of FUDE really shaped my college experience and I will miss them all so much! said Porter, President of FUDE.