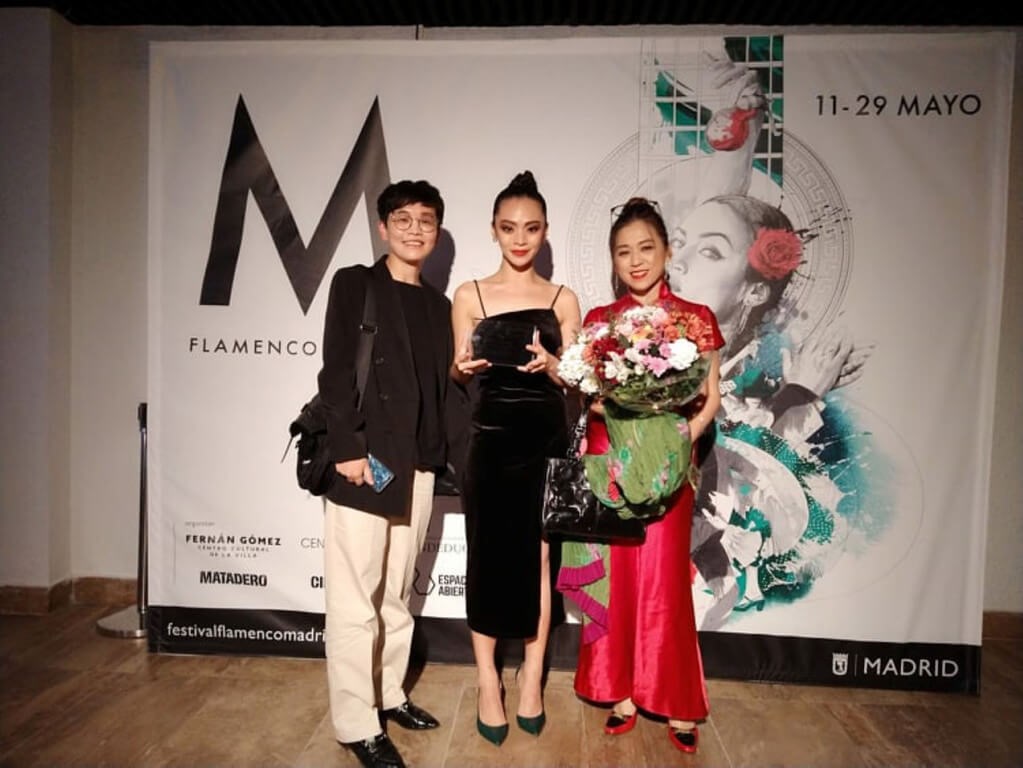 Hsueh then expressed surprise and joy that the group had won the highly competitive final competition which included six other teams.

Hsueh, who started learning dance from her mother Ho Lian-hua (賀連華) at a young age, said that dancing was her life and she put all her feelings and emotions into her work.

She thanked Culture Minister Lee Yung-te (李永得) and the Ministry of Culture office in Spain for supporting the team, which left for Spain last week to participate in the contest.

Speaking to CNA on Saturday, Chang Yu-hsuan (張祐瑄), an official from the Ministry of Culture (MOC) office in Spain, said she was delighted to see that Genio Dance Group, whose performances combined the different cultural traditions of Taiwan and Spain, could shine on the stage of a major Spanish dance event and be rewarded with a prize.

Started in 1992, the Certamen de Coreografía de Danza Española y Flamenco competition is organized each year by Producciones Maga, a company currently led by Spanish dancer Margaret Jova, according to the MOC.

Participants in this year’s competition had to provide a video of their performance to the jury via YouTube or Vimeo, and only those who made it to the final were invited to compete at a cultural center in Madrid on Friday.

Genio Dance Group was founded in 2000 by Ho Lian-hua, who is dedicated to promoting flamenco dance in Taiwan, MOC said.