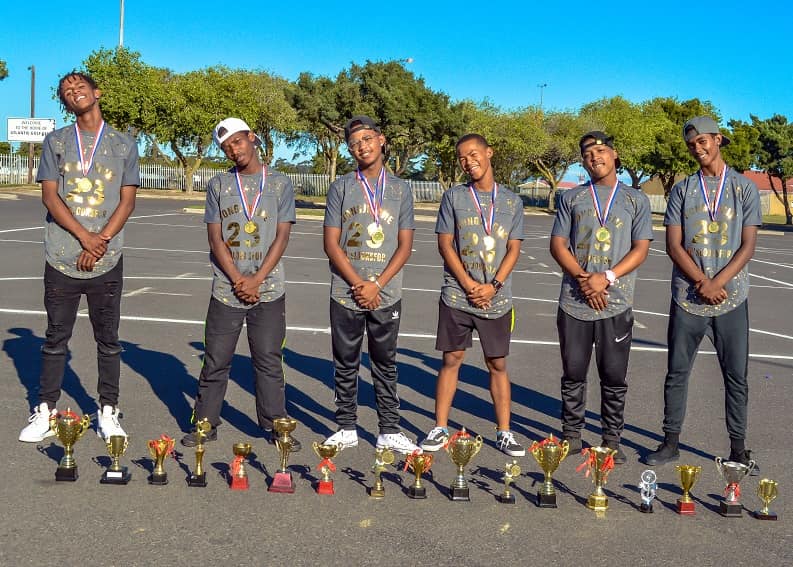 SWAGG United Dance Crew in Atlantis takes kids off the streets and teaches them dance as a safe alternative to gang membership.

Founded in 2016 by dancer and choreographer Elsalene Saligee, the team offers free classes that focus on a mix of styles ranging from hip-hop, krump to modern jazz, pantsula and GQOM.

â€œThe reason for SWAGG is that I always wanted my own studio, so I decided to start a dance group,â€ said Saligee. Due to a lack of funds to open a studio, Salligee and her husband began to help children in their community. “In Atlantis there is a lot of talent and a lot of kids throw away their talent.”

From an original team of 10 dancers, it has grown to 40 members aged seven to 24. As it grew, they split the teams into a junior, intermediate and senior team. The practices take place outside in a courtyard at Atlantis which allows for better accessibility, allowing any interested child to join. It also acts as an attraction for those who see the crew training and decide to join it.

The teams perform across the Western Cape, having collected over 18 trophies and numerous certificates in multiple competitions. â€œWe have won many competitions at Riebeck Kasteel, Piketberg, Porterville, Darling and Ravensmead,â€ said Saligee. â€œEvery year we dance at De Doorns, they hire us to dance at their Miss De Doorns model show. “

SWAGG is well known in the Atlantis community, with Salligee explaining how dancers are known to others in the community and are often invited to perform at events. â€œWe help the community where we can, we even work with abused women and children,â€ said Saligee.

As they try to encourage children from mostly poor families to enroll, classes and performances are free. They thus depend on some donations from the public and aid to get to competitions and shows.

Currently, Saligee has said they most need a place to practice that isn’t as exposed as the backyard. â€œSometimes it’s cold and sometimes it’s so hot, I feel for the children that they are scorching in the sun,â€ she said.

In addition, they are trying to raise funds for a minibus which would facilitate the transportation of children to the shows. At the moment, they rely on the kindness of others to give them lifts, but as the group grows, that requires more transportation.

If you would like to contribute and help the group raise funds to achieve these goals, they have a crowdfunding campaign to which you can donate.