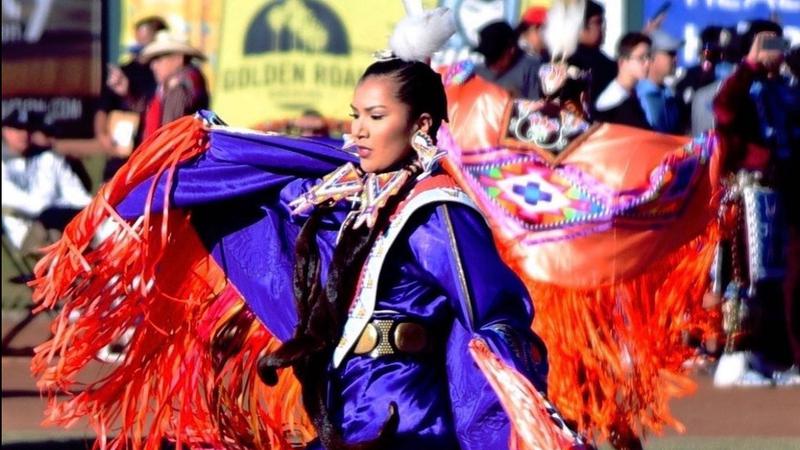 “Every day she tells me how proud she is of me,” Oakes said. “I always remember being a little girl watching my mother dance, telling myself that I wanted to be like her.”

As part of a special feature on the Native Dance Troupe, an article was recently published by Vogue magazine, and inside is a photo of Oakes dancing. She laughs as she remembers how Shirley contacted her via Facetime, asking her to stay calm.

“The fact that my photo was used in there, I was just freaking out. I’m still on cloud nine about it,” she said.

Oakes has just completed her first year of teaching at Oskāyak High School in Saskatoon, the same school she graduated from nearly a decade ago. She said if she could send one message to students at home, it would be to believe in themselves and know what they decide to do, they can do.

“One of the main things we were taught growing up was to finish your education and go out into the world and do what you wanted to do,” she said.

Steven Pisano was the photographer who took the photo of Oakes and said paNOW he has had an interest in Aboriginal art and culture since college. Explaining that the show is as educational as it is entertaining, he said he does a great job of keeping the culture alive.

“And not just keeping it in some sort of nostalgic museum presentation, but saying it’s a thriving part of our heritage and we want to involve people in it,” he said.