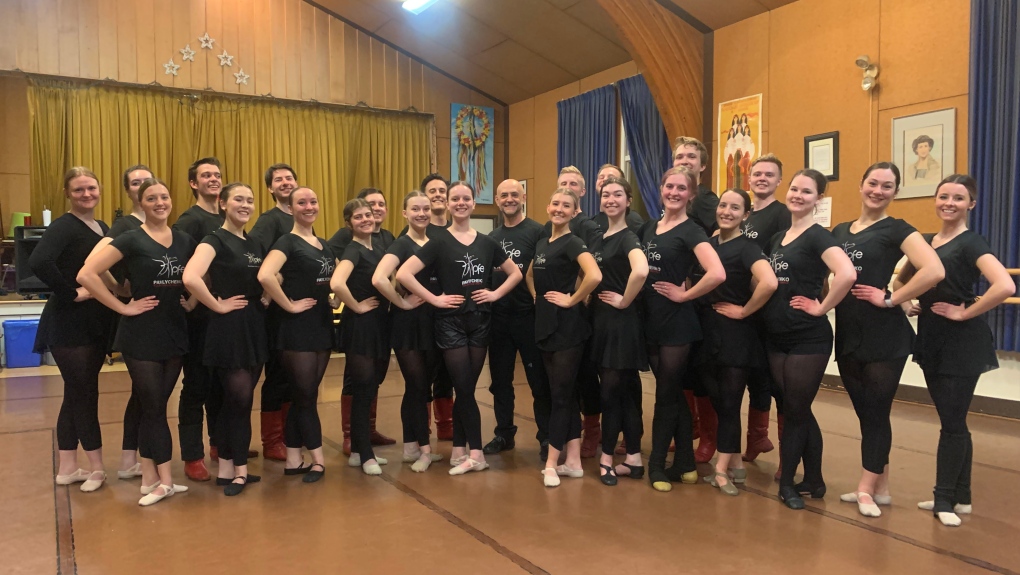 As the Russian invasion of Ukraine continues, the Pavlychenko Folk Ensemble (PFE) has faced questions about hosting its annual amateur dance showcase in late April amid death and heartbreak in their native country.

“I remember when the war broke out, a few days later I was contacted by people asking me if we were going to cancel our event. I had to take a step back,” PFE Showcase coordinator Tawni Cherepuschak told CTV News.

The event had been canceled for two years due to the pandemic and with months of planning under their belt for the 2022 event, they potentially needed to pivot again.

Cherepuschak had to consult with the director of PFE, who is from Ukraine, and others, but she says the right decision was easy.

“Now more than ever, we need to share our love of Ukrainian dance and culture,” she said.

“Ukraine is fighting for the right thing. For their values ​​and it’s very important for all of us in the world. So showing that pride, showing that strength, that culture and above all dancing will do that – so we will dance” , said director Serhij Koroliuk, from the city of L’viv in western Ukraine.

Current cast members who help run the amateur showcase also echo that sentiment as they continue to practice the art form.

“They can’t dance right now, so you can still dance, so keep dancing. Maintain these traditions, dance very hard for them,” said Austyn Kozun.

As the Ukrainians stay strong and fight off the invasion, the dancers try to do their part.

“It’s extremely important to show up and show the strength and uniqueness of the culture because it’s under threat right now,” Kelsee Douglas said.

The ensemble is preparing to take their passion to North Battleford for an upcoming show with the intention of donating part of the proceeds to Ukraine.

“A collaborative effort between many groups in Saskatoon and the area where we come together to perform and raise funds to send to Ukraine,” Cherepuschak said.

Even looking at all the images about destruction and death in his home country where his family still lives, Koroliuk can find peace by carrying on the traditions of the dance.

“Dancing and being in the dance studio helps me clear my mind and escape those thoughts.”