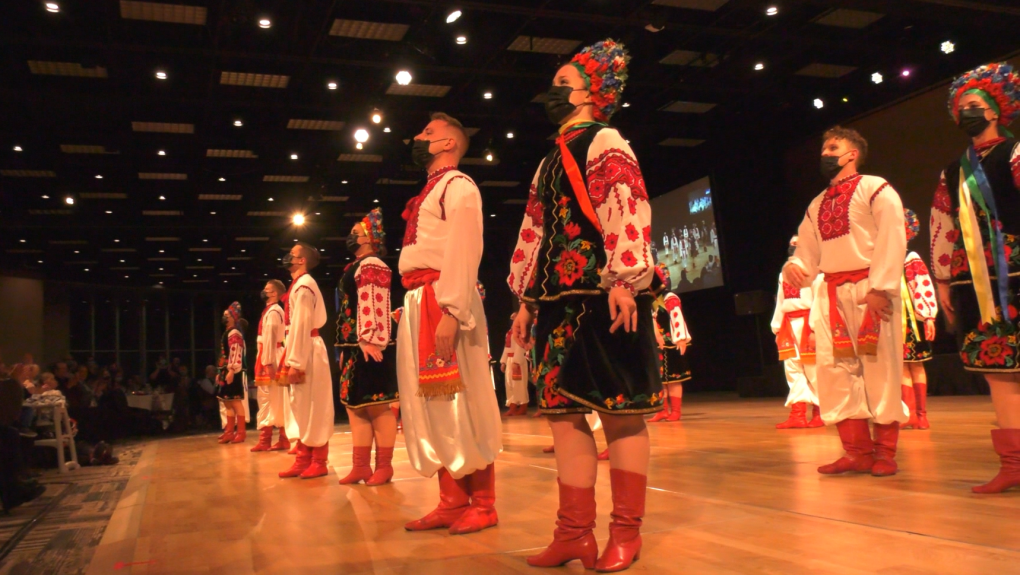 A 60th anniversary celebration is no small feat during a pandemic, but the Yevshan Ukrainian Folk Ballet Ensemble has managed to mark a milestone with only minor adjustments to its plans.

“We’ve been planning this event for about three years, we’ve had to reschedule and change the format, so it’s been really difficult as it has been for everyone during this pandemic, but we finally feel like we’re at a place where we can showcase what we worked so hard on,” Yevshan alumnus Luba Wojcichowsky told CTV News.

With safety protocols in place for guests, the current performing group had to wear masks during the performance, which created challenges – but they pulled it off.

“For two years they have been in the studio and on Zoom or dancing in marked boxes on the floor. For the dancers, it’s a great achievement to have been able to put on this show during a pandemic,” said Wojcichowsky.

Yevshan was one of the first Ukrainian dance groups in Western Canada in 1960 according to Wojcichowsky who was delighted to have dancers from all six decades represented at Saturday’s celebration.

One of the original members of the 1960s, Bohdan Zerebecky, who also became the group’s artistic director in 1974, was on hand to celebrate the achievements of the group he helped shape over the years.

“In the 1980s when we came back from studying dance in England, Yevshan was in decline and we had to restructure it and after we restructured it we produced a 25th anniversary production,” Zerebecky said.

This production toured Saskatchewan, giving the name Yevshan to many communities.

The group has been asked to perform at high profile events including the Brier and Jeux Canada Games. Marcella Zerebecky, also a former dancer and director of the group, recalls how impressively the troupe could mobilize on short notice.

“The Duke and Duchess of York arrived in 1989. One of the bands that was supposed to perform canceled and at the very last minute they asked us to come and play,” Zerebecky said.

According to the Zerebeckys, their mission was to elevate Ukrainian dance as a discipline here in Saskatoon to help dancers train to high levels and stay injury free. Much of this came from the inclusion of ballet training.

“We tried to develop something so that we could have male dancers who could dance for long periods of time without having to stop because of injury,” said Marcella Zerebecky.

Over the years, nearly a thousand people have contributed to the group’s success. Just over 300 people attended the anniversary celebration.

“So many alumni came to the event who not only live in Saskatoon but from Regina and other cities and other provinces and it’s nice to see them and be part of our group,” said Vitali Sorokotyagin, current artistic director at CTV News.

Sorokotyagin moved to Saskatoon from Ukraine in the mid-1990s to take on the role of artistic director. He led the group several times in Ukraine as well as tours in Chile, Cuba, the Balkans, New York and San Diego. Each time, bringing the unique flavor of the set to the audience.

The fact that dancers traveled to teach young children in small Saskatchewan communities over the years also contributed to the growth of this art form in the province.

In helping organize the event, Wojcichowsky said one of the main themes in discussions with alumni and current dancers was the connection to Yevshan as a family.