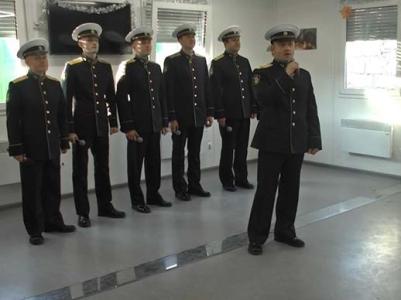 Members of the Song and Dance Ensemble of the Northern Fleet of the Russian Navy congratulated the Russian peacekeeping contingent at remote observation posts in Nagorno-Karabakh (Artsakh), the press service of the Russian Ministry of Defense.

The members of this ensemble presented a new creative New Year’s concert for these Russian peacekeepers.

“The concerts of the ensemble [in Karabakh] will last until the end of the New Year holidays. We will congratulate each military member and give them New Year gifts, “said Aleksey Polyukhovich, a representative of the Russian peacekeeping contingent.

â€œThinking that we couldn’t sing songs with serious content on New Years Eve, we decided to diversify the repertoire slightly,â€ said Dmitry Akmanov, director of the Northern Fleet Song and Dance ensemble.

During the New Year and Christmas holidays, the ensemble will perform at all 27 Russian observation points in Nagorno-Karabakh for Russian peacekeepers, residents of the Askeran, Martuni and Martakert regions, as well as the boarding school in the capital Stepanakert as part of a humanitarian action, and will congratulate children from 6 to 15 years old.