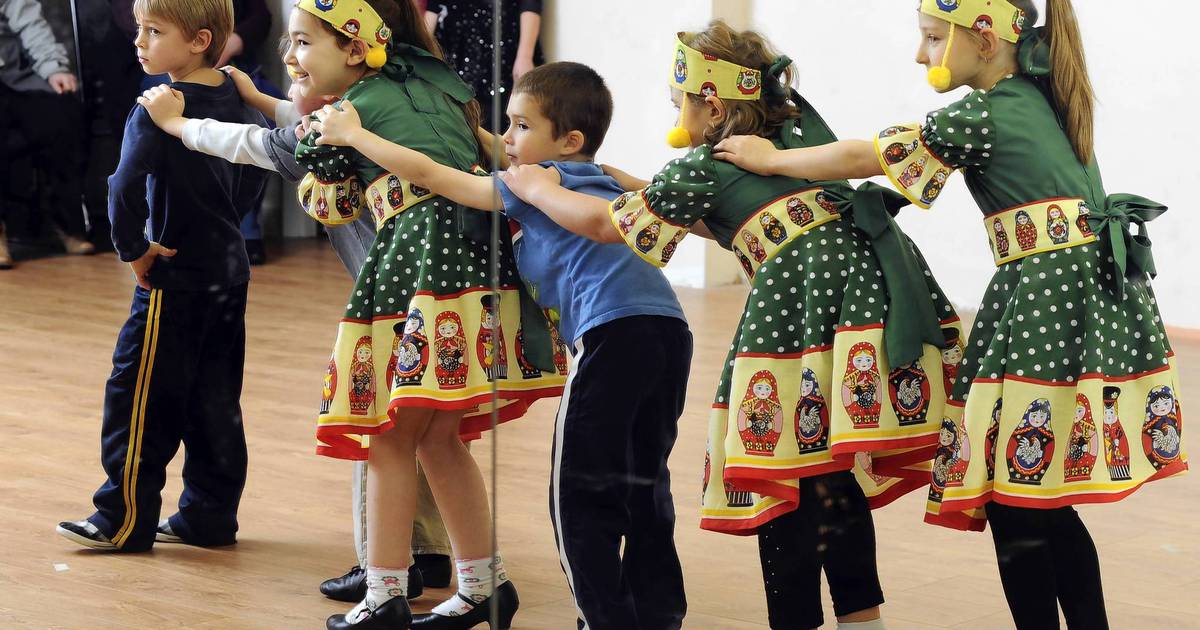 With energetic stepping, kicking and stomping, a handful of children bring an ancient and beloved part of their families’ Russian culture to life as part of the Kalinka dance ensemble. .

The Pikesville Dance Troupe, which celebrates its 10th anniversary this year, will perform March 15 at Park School Auditorium at 6 p.m.

Among the ensemble will be local dancers from Owings Mills as well as others from Ellicott City, southern Maryland and suburban Washington.

Some members of Kalinka hail from Russia, Ukraine and Uzbekistan, including St Petersburg native Katya Denisova who formed the troupe in 2002.

A junior group is the newest part of Kalinka, according to Denisova, who emigrated to Baltimore in 2002 to teach physics at the now closed Walbrook High School.

“All the choreography is mine,” said Denisova, who listens to Russian songs during her daily commute that she collected on her iPhone, in search of a song that inspires her. “Thus a dance was born.”

The Owings Mills resident is quick to say she’s not a professional, at least when it comes to music and dancing.

Instead, with a doctorate in physics, she is the science coordinator for the Baltimore City Public Schools.

Additionally, Denisova is part of a $7 million National Science Foundation project at Johns Hopkins University, designed as a five-year plan to improve engineering and science education in elementary schools in the city.

Like her dancers, Denisova seeks a change of pace in Kalinka.

“You come here,” she said. “You change shoes and you’re in a different world.”

When she teaches or participates in a dance, it is easy to see that she is endowed with grace and rhythm when standing.

“It’s been a big part of my life,” Denisova said, noting that she started her dance training in Russia when she was 7 and continued until her third year of college. . “That’s what I grew up with.”

Kalinka was born at a Washington Balalaika Society concert.

While attending the concert, Denisova decided she wanted to choreograph dances to some of her music – and gained support for the idea. Indeed, a trio from the company will perform at the concert on March 15.

Denisova then approached a stranger to become her first dancer – just by the way the young woman stood and walked, Denisova knew she had a dance background.

From there, the troupe grew, attracting Russians and non-Russians alike. The exuberant music and athletic steps attracted a wide variety of people. A Korean dancer who has danced for five years, Jean Lee, plans to travel from Chicago to perform in the concert.

The junior band started about four years ago when Denisova’s now 8-year-old son Gosha was old enough to dance. At first it was not easy to attract young dancers, she says, because many Russian immigrants came here to escape hardship.

“They left the culture behind and wanted their children to fit into American culture,” she said.

From now on, the sessions, given for the most part in Russian, have around thirty pupils aged between 4 and 13 years old. The students meet at the East West Cultural Center on Reisterstown Road in a dance studio created especially for them. This is the first time Kalinka has her own studio, Denisova said.

The original adult group meets weekly at the University of Maryland.

In a recent lesson, Denisova encouraged her young students, only occasionally becoming harsh with an incorrect move.

The girls move gracefully in the colorful costumes they wear for rehearsal.

“The challenge is to find something they can actually do,” Denisova said.

Some middle-aged dancers have become friends through Kalinka. Most of them also have another dance background – ballet or modern -.

Natasha Kravchenko, 8, has been with Kalinka since the beginnings of the junior troupe.

All of her family members except her and her brother were born in Russia. She and fellow dancer Katya Grigorev attend Summit Park Elementary School.

“I didn’t want to go at first, but then I decided, why not?” she says. “It’s one of my favorite sports.”

Traditional dances appeal to girls, linking them to their family heritage. It’s important for 9-year-old Valeria Malorodova of Ellicott City.

“These are traditional dances from our country and I love doing them,” she said.

Dancing can be a family affair.

Anastasia Borovikov, whose family lives in Ellicott City, has a brother and a sister in the business. Arseniy, 10, and Lada, 6, are rehearsing in Pikesville and all three will be at the March 15 show.

Sandy Nichols is still learning the steps and looking forward to dancing with her son, Andrew, a senior in College Park. “I’ve been dancing on and off since I was a kid,” she said. “Once it gets into your blood, it doesn’t get out.”

Liza Kalashnikova, who learned to dance as a child in Chelyabinsk – site of the meteor that recently ripped its way through the atmosphere, said they were character dances.

“Each dance is like a story in itself,” added Borovikov.

The dancers perform throughout the year in schools and festivals. They perform regularly in Washington, DC, at the Hillwood Museum and at the Russian Embassy.

Kalinka’s 10th anniversary celebration will include performances by other Russian ensembles, including Lada, which sings folk songs, and the St. Petersburg Trio, which is part of the Washington Balalaika Society.

Teamwork: The Power of the Dance Ensemble | To dance