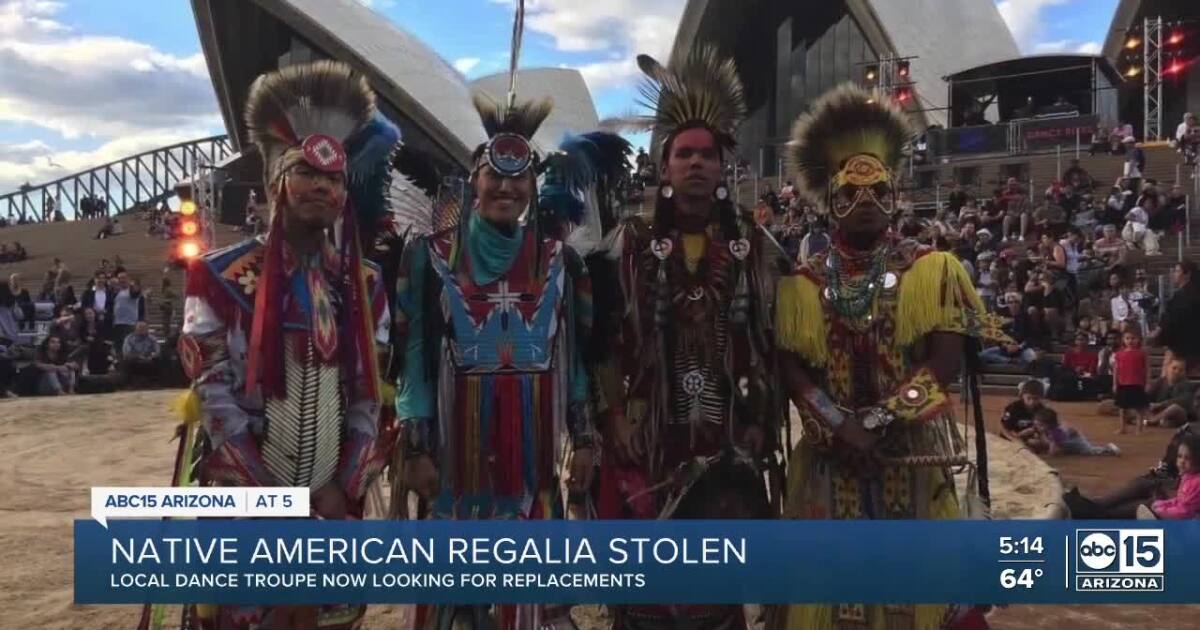 Native badges are stolen from the Phoenix dance group

PHOENIX — Indigenous Enterprise dance member Ty Lodgepole says, “I was always taught to dance for those who can’t dance and to dance to give back.”

Lodgepole is from the Navajo Nation, and he has been dancing for 15 years. He is part of the Phoenix-based international dance troupe, Indigenous Enterprise.

“[We went to] Sydney, Australia to perform at the Opera. We did different collaborations with a lot of brands and did the presidential nomination,” says Lodgepole.

The band was in Los Angeles this weekend for a photoshoot.

“We were away from the car for about an hour and during that hour we got out [and the] the safe was open,” Lodgepole said.

Generations of pearls, bustles, feathers, cockroaches and moccasins stolen from the trunk of their locked car.

“The different stories and teachings behind the designs in it too. That’s the part that makes me a little uneasy,” he said.

They told ABC15 they filed a report with the Los Angeles Police Department, but felt targeted because no other items inside were stolen.

Time is running out for Aboriginal Business; they are performing at the Tempe Center for the Arts in just two weeks. Handmade outfits take two to three months to make. In the meantime, friends have offered to lend them items before their next performance.

“They could steal badges, but they can’t steal the spirit and drive within us,” Lodgepole explains.

To help Aboriginal businesses, we have attached a link to their GoFundMe.

Oldies Dance Group has the best fundraising year in 2021