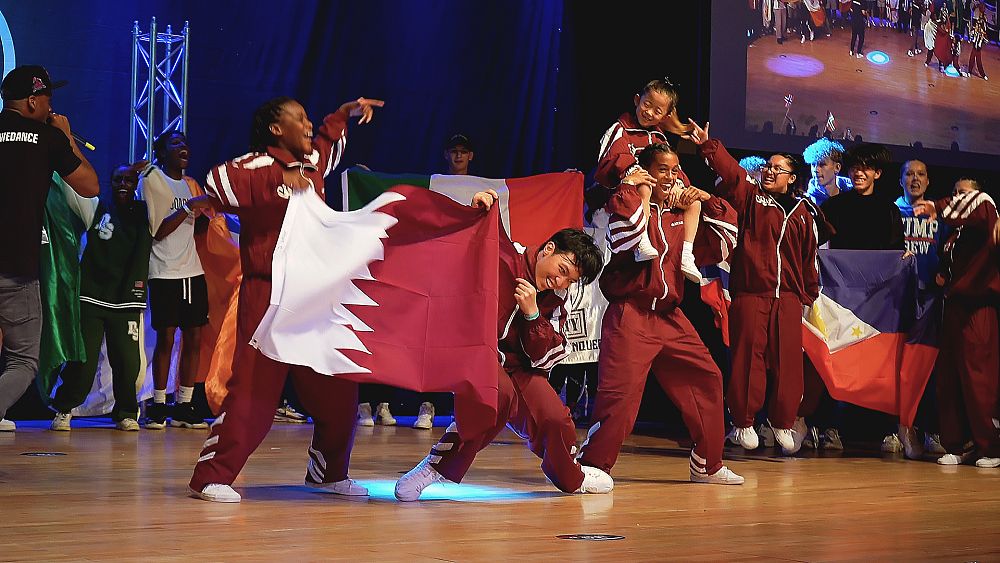 SCENES shines the spotlight on young people around the world who are breaking down barriers and creating change. The character-driven shorts will inspire and amaze as these young changemakers tell their remarkable stories.

Five six seven eight! CrewQ is a street dance group based in Doha, Qatar. The band moves in perfect sync with the fast beats spilling out into a bustling dance hall. In perfect rhythm, they perform light rock and afro-pop as a collective.

My first count of eight

MFEC is the acronym for My First Eight Count, based on the count dancers make when counting their steps. The academy started in the Philippines and was later established in Qatar by its founder Aristotle Hernandez. A burgeoning social media presence has helped the dance school grow significantly in recent years.

“For the first season in Qatar, we had 14 students. Now we have more than 120,” says Aristotle. The academy consists of a diverse group of students from countries around the world. The melting pot of cultures reflects Qatar’s multicultural landscape.

“Some join the academy for fun and come occasionally. They want to get away from the stress or repetitiveness of their daily work,” says Aristotle. “Dancing is for everyone. Different ages can dance; even if you’re a grandfather, you can start; it’s not too late if you want to learn,” adds Gérald.

A large family of dancers.

CrewQ is the brainchild of MFEC dance academy coach Gerald Hernandez and is made up of top dancers under the age of 17 who have attended the academy. “We created CrewQ because we aim to compete outdoors and represent the country,” coach Gerald told Scenes.

CrewQ members train for hours every day. Through their rigorous training program, these students not only developed their dance skills, but also learned many other important life values.

“For me, being part of CrewQ is like being part of a big dance family where everyone supports each other,” says 11-year-old Lauren Victoria Williams.

Froilan Hernandez, 17, a member of the MFEC since 2014, echoes Lauren’s sentiments. “Dancing isn’t always an art form or a passion. It can also be an environment to learn new social skills, interpersonal skills, etc.,” he told Scenes.

From studio to world stage

When students join the academy, their main goal is to learn how to dance. However, CrewQ was created to be internationally competitive. The best dancers are selected only after learning specially choreographed routines.

Orfeas Malkopoulos, 12, enrolled in the MFEC in the youngest category and progressed through the classes over time.

“At first I was dancing and having fun, then I got an invite to join CrewQ. It was actually a big surprise for me. I knew I had to have the mindset I needed to win, and our team had to win,” continued Malkopoulos.

In 2022, CrewQ signed up for the UDO World Championship in London for the very first time. They needed a strong spirit to participate in the most prestigious street dance competitions in the world.

Coach Gerald worked hard and choreographed all the dances for the competition.

“Our dance routines were based on the songs of Bruno Mars. We had seven styles: Litefeet, locking, afro, popping, house dance, opening style and waacking.” Maeva Humblot, 12, recalled on Stages.

The international dance competition was Coach Gerald’s opportunity to showcase Qatar’s street dance scene to the world. “I think my only goal at this point is to give everybody a great show. That’s all. And winning is, like, a plus for me,” he explains.

CrewQ danced against 19 other international teams to ultimately be crowned champions of the Under-16 Rookie Division at the UDO World Championship.

“When we won, it was rewarding because of all of our hard work in those three months of conditioning, repeating the dance over and over. It paid off.” Froilan recounts scenes.

“I just hope they have fun dancing and keep dreaming. They can do anything if they believe in it.” said Coach Gerald.

The UDO World Championship was just the start for CrewQ. They have since been selected for the Euro Dance Competition in 2023.

CrewQ also aims to develop a more vibrant dance scene here in Qatar, recently performing for the public at the Mall of Qatar.