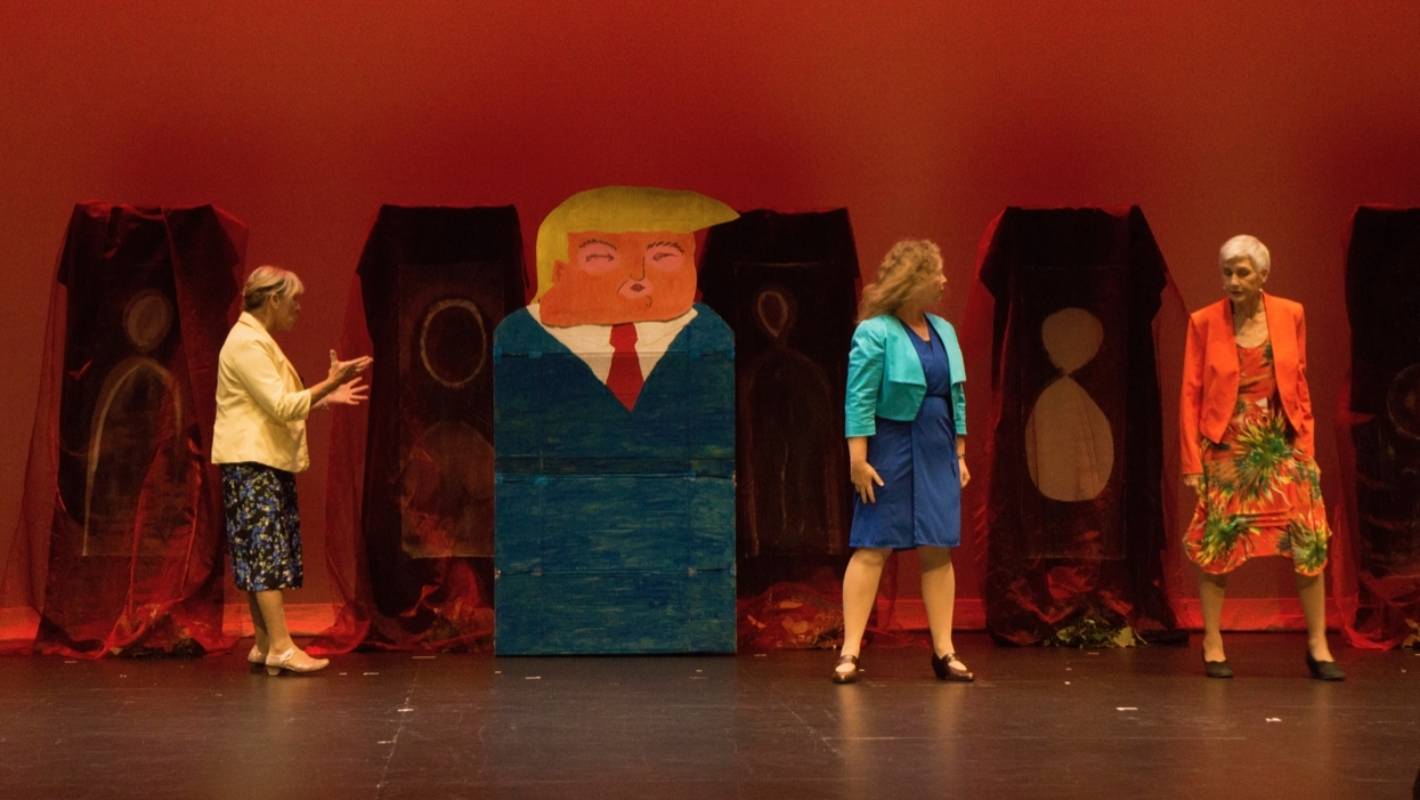 The Crows Feet Dance Collective will perform in Palmerston North for the first time in May.

A dance ensemble of mature women prepares to face the power of witches through a provocative performance aimed at demonizing female politicians.

The Crows Feet Dance Collective will celebrate its 20th anniversary this year with a production titled The Witch Project, an interpretive look at the fascination with portraying witches, especially with powerful women.

The group was founded by Jan Bolwell, who used dance as part of his recovery from two breast cancer diagnoses at the age of 48.

What started with just four dancers now has over 40 dancers in four separate companies in Wellington, Lower Hutt, Kāpiti Coast and Palmerston North.

The contribution of the Manawatū Crows Feet chapter to The Witch project, called Drop the witch, includes contemporary views that female politicians are demonized.

Bolwell said there were many modern examples, such as when former Australian Prime Minister Tony Abbott stood in front of a poster about Julia Gillard that read “Ditch the Witch” and US House Speaker Nancy Pelosi , being represented by Republicans as “The Wicked Witch of the West”.

“A witch transgresses the norms of female power. Punishing witches makes others afraid to follow in the footsteps of an unruly woman. Many of the women accused of witchcraft were so-called” wise women “, older figures, having experience as midwives and herbalists, ”says Bolwell.

This is the first performance of the Crows Feet Dance Collective in Palmerston North.

“Bringing the whole collective together in Palmerston North supports the development and recognition of our Palmerston North Crows Feet Dance group. It presents a strong statement on the importance and meaning of dance for women, for the community at large. , demonstrates how important it is to tell our stories and, in this process, to create original work, and this provides models for the future. “

Drop the witch is at the Globe Theater on Saturday May 18 at 3 p.m. ET.

Modern dance is back! Revered Mark Morris Dance Group Celebrates With An Ode To |…

AGAIN! AGAIN! at the Théâtre Trois