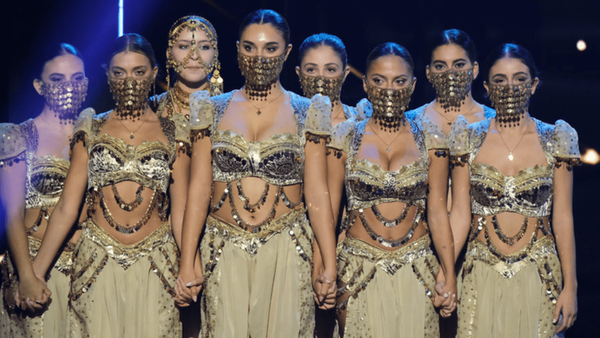 Lebanese all-girl dance troupe Mayyas, winners of the America’s Got Talent final, are set to put on a stunning performance in Dubai on Friday.

The Mayyas – whose victory made them the champions of the Season 17 competition series, taking home the $1 million prize – will be part of an upcoming three-day music festival, Realm Fest, which will take place this week-end.

For all the latest headlines, follow our Google News channel online or through the app.

They will join a line-up of regional artists like Adomis, Jadal, Emirati singer-songwriter Hamdan al-Abrim and Lebanese singer Lea Makhoul.

The event will take place October 21-23 at Palm Jumeriah’s The Pointe. The event recognizes emerging musicians and industry talent.

The Mayyas will perform on October 21.

The dance troupe won America’s Got Talent in September, winning not only the mega cash prize, but also a headlining show at the Luxor Hotel and Casino in Las Vegas.

During the live shows, the band delivered another mesmerizing dance routine that fellow judge and executive producer Simon Cowell said would “change the world.”

Mayyas was founded in Beirut by Nadim Cherfan, who was also the number’s choreographer.

contemporary and hip-hop dance ensemble will perform at Bucknell | Applause