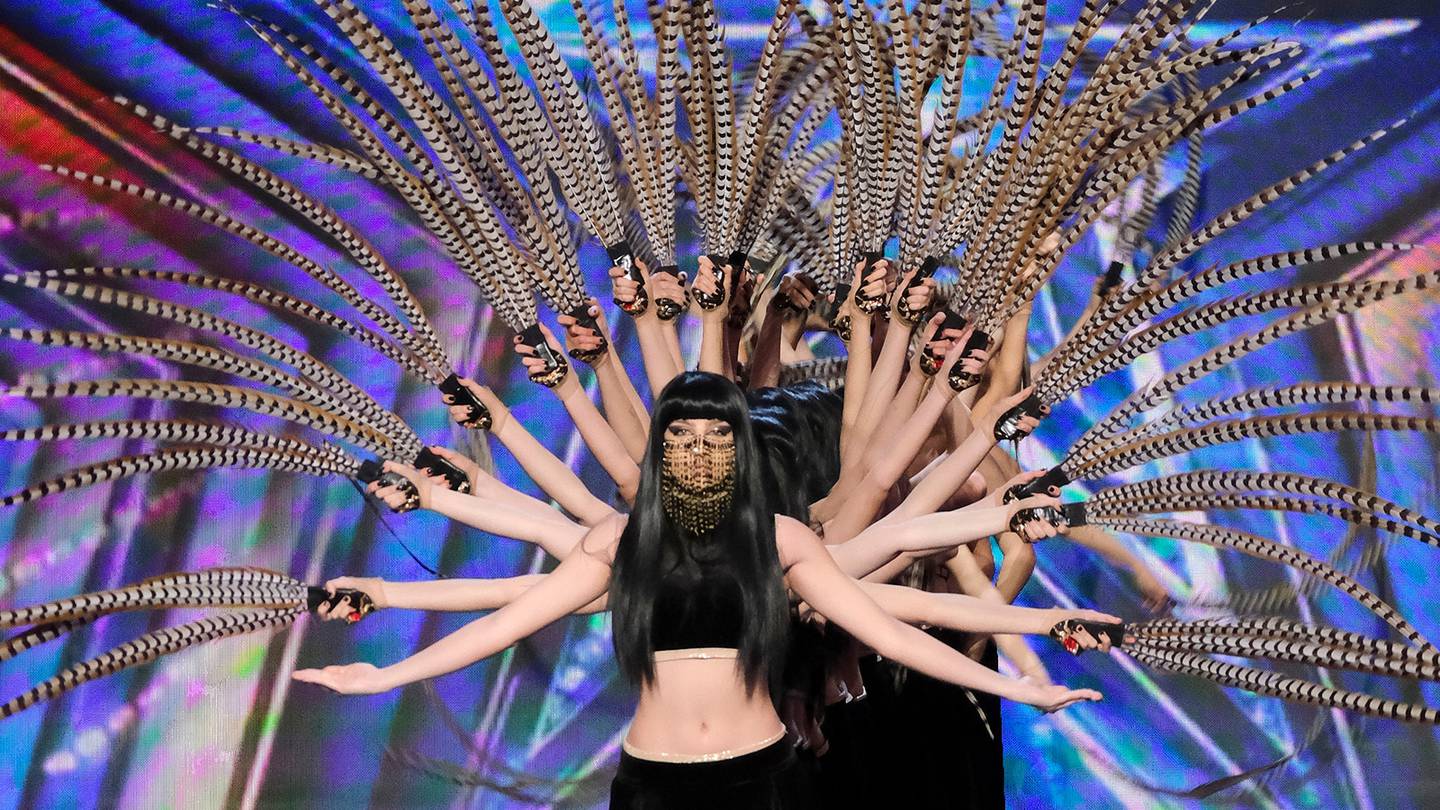 The Lebanese dance company Mayyas has secured its place in the America’s Got Talent live shows, after delivering a mesmerizing performance during their first audition.

In reality, modern family Actress Vergara was so stunned that she pressed her golden buzzer, giving them a fast track to live broadcasts. Each judge has a golden buzzer to use in the series.

Explaining their name to the judges, one member said it was “a word in Arabic that means the proud march of a lioness.”

Vergara asked the group about life in Lebanon at the moment, to which they replied, “Lebanon is a very beautiful country, but we live a daily struggle”.

Another dancer said, “Unfortunately, being a dancer as an Arab woman is not fully supported yet.”

Asked about their dream, they said being there “on the biggest stage in the world” was their “only chance to prove to the world what Arab women can do, the art we can create, the fights we lead”.

Mayyas won season six of Arabs have talent in 2019, and participated in Great Britain has talent: the champions in the same year. Their Arabs have talent the victory came with a new car and a cash prize of 200,000 Saudi riyals ($53,333).

Ahead of their performance, the band said they hoped to ‘hypnotise’ the judges in a bid to win the coveted prize America’s Got Talent $1 million prize.

Dressed in black bedlah-style attire, the group performed to a medley of Arabic melodies.

Their physical dance performance clearly captivates the judges as throughout the performance, viewers can hear them clapping and clapping. At one point, Mandel shouts: “It’s eyes, eyes!” when the dancers arrange to form a pair of blinking eyes.

At the end, the company received a standing ovation from the four judges and audience members, with host Terry Crews and Mayyas founder and choreographer Nadim Cherfan applauding backstage.

“There are no words to explain to you what we felt here,” Vergara said. “It was the most beautiful and creative dance I have ever seen.”

“You said you were going to mesmerize us, and when we sat here and watched the movement, the perfection, and the time that went into it, we were mesmerized by what you did,” Mandel added. Klum thanked the group for giving a “little insight into your culture, which is so beautiful.”

As she presses the golden buzzer, Vergara says she would be “so honored to empower [the dancers] even more”.

The moved troupe then rushes off the stage, having grabbed handfuls of golden confetti in which they had been sprinkled. From behind the scenes, one member said, “It’s to represent what Arab women, Lebanese women, can do.

“It was a life-changing experience.”

The emotional ending is set to the soundtrack of Its good by Nightbirde, an America’s Got Talent 2021 contestant who wowed the judges and received the golden buzzer from Cowell. The American singer, born Jane Marczewski, had cancer when she auditioned and eventually pulled out of competition due to deteriorating health. She died in February 2022, aged 31.

Lebanese dance group steals the show on America’s Got Talent