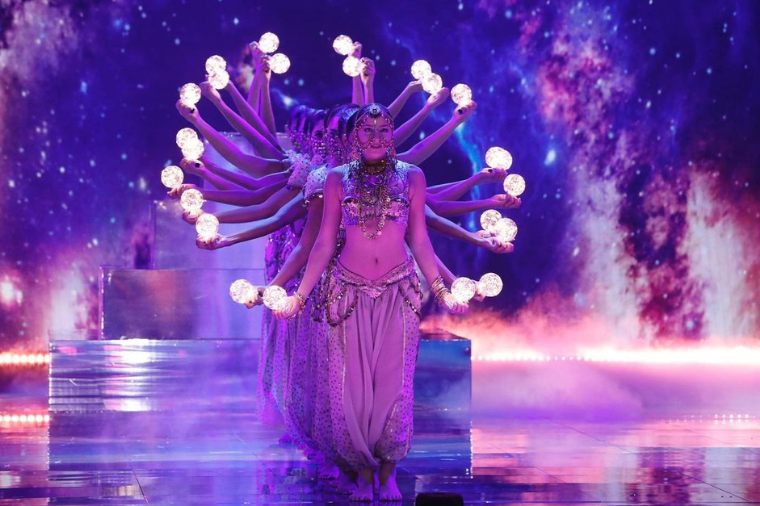 Lebanese dance group Mayyas did their country proud by winning season 17 of America’s Got Talent.

With impeccable timing, the team effortlessly managed to pull off a flawless dance performance as 30 women “danced as one”, in the words of actress and judge, Sophia Vergara.

The four judges, including Vergara, Simon Cowell Heidi Klum and Howie Mandel, gave the dancers a standing ovation to congratulate them on their award-winning final performance.

They wowed the judges and audience in the finale as every element was carefully considered, including the sparkling globes of skimpy, white-feathered outfits.

Even Cowell’s judgmental nature translated into a positive remark after the performance ended as it was beyond “amazing” to him.

The performance ended on a happy note with the audience waving the Lebanese flag as they applauded the crew.

After delivering a series of back-to-back breathtaking performances, the group showcased various dance styles, including a mesmerizing dance routine.

Passionate about dance, the group came together about four years ago and after months of hard work and practice, the Mayyas put their name on the international dance scene with the strong support of their fans back home. .