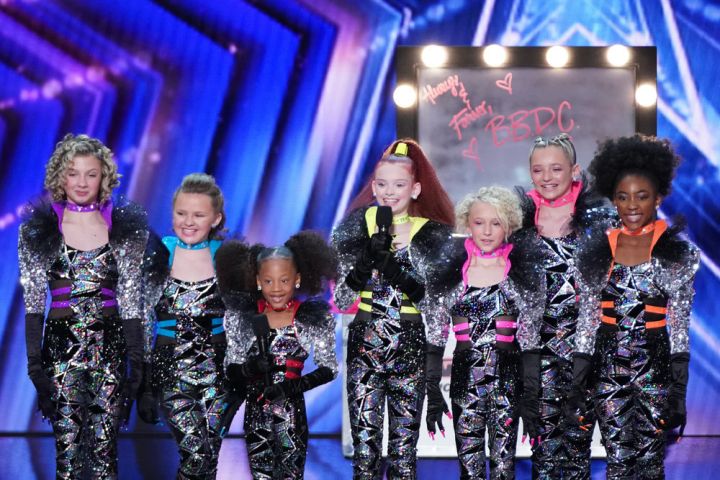 In a preview of next week’s edition of “America’s Got Talent,” judges Simon Cowell, Heidi Klum, Howie Mandel and Sofia Vergara receive a fabulous surprise, courtesy of a group of dancing kids from Texas.

In the clip, the judges are featured at the Beyond Belief Dance Company in Mesquite, TX.

As the judges question the youngsters about their act, Klum asks who invented their routine.

RELATED: Keith Apicary Steals The Show With Unforgettable Dance Moves On ‘AGT’ Before Falling From The Stage

â€œOur fearless and fabulous teacher and director, Justin,â€ replies one of the dancers. “He’s over there, get out!”

The judges’ jaws simultaneously drop as Justin steps out, decked out in a shimmering headdress, a shimmering rainbow-colored dress, and high heels.

“This is so fabulous, are you Justin?” Klum asks.

â€œYou know, I’m very lucky to have so many moms, dads and families in Mesquite, TX who not only support me but celebrate me,â€ Justin / Alyssa says before leaving the stage for the dancers. can deliver knockout performance. that makes the crowd scream.

Viewers will know if Beyond Belief will advance to the next round when â€œAmerica’s Got Talentâ€ airs on Tuesday, June 8.

Members of the Darlington Racecourse Youth Dance Group to participate in the 2021 U. Dance National Youth Dance Festival