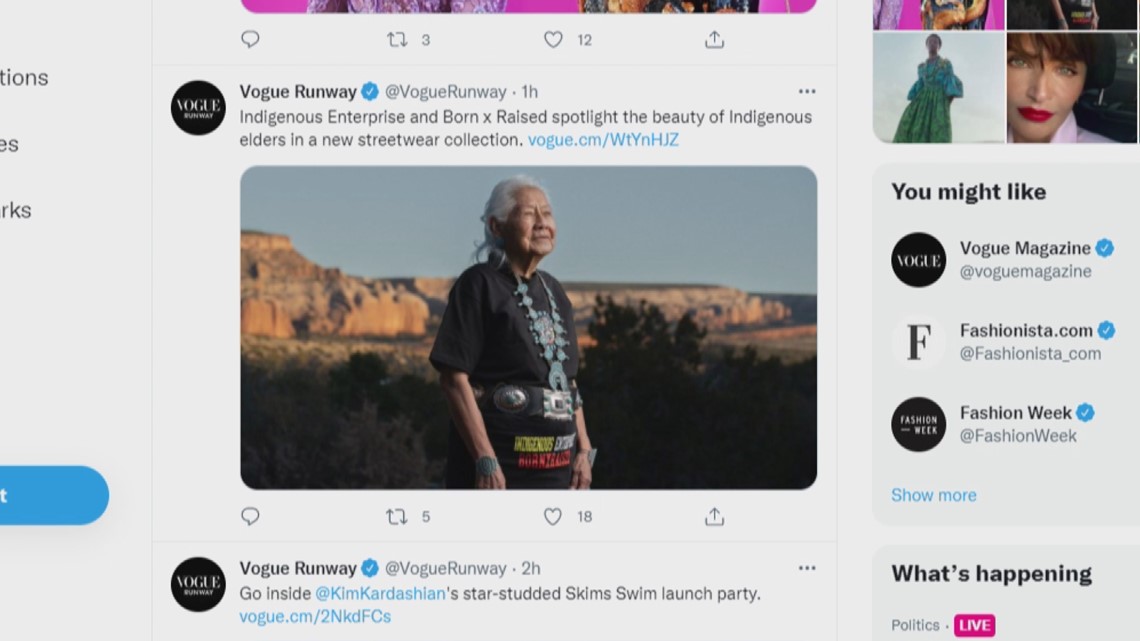 PHOENIX – Kenneth Shirley’s dance took him all over the world. It brought him face-to-face with Jennifer Lopez, put him on national television, and got him in for a presidential nomination.

“I’m as surprised as you are every time we find ourselves in these situations,” Shirley said from a hotel in Los Angeles.

Shirley, a member of the Navajo tribe from Lupton, Arizona, has partnered with a Native-owned clothing company (Born X Raised) to produce a line of shirts and hoodies. It’s not their first fashion outing, but it was the first that got them noticed by the fashion elite.

Scrolling through Twitter, a story about Shirley’s clothes pops up just above a story about Kim Kardashian, written by the staff at vogue magazine.

The story stands out, not only because it’s about a group of Native Americans in fashion and dance, but also for the models who wear their clothes: Native American elders.

“The first person that came to mind was, I have to use my grandma,” Shirley said.

So there’s Shirley’s Navajo grandmother, Nellie, in the ’90s, wearing a Born X Raised shirt, wrapped in a Pendleton blanket…on the same website where the models wear high fashion.

“We love our indigenous culture, I love my grandmother, I love where we come from,” Shirley said.

Keep up to date with the latest news and stories on the 12 News YouTube channel. Subscribe today.