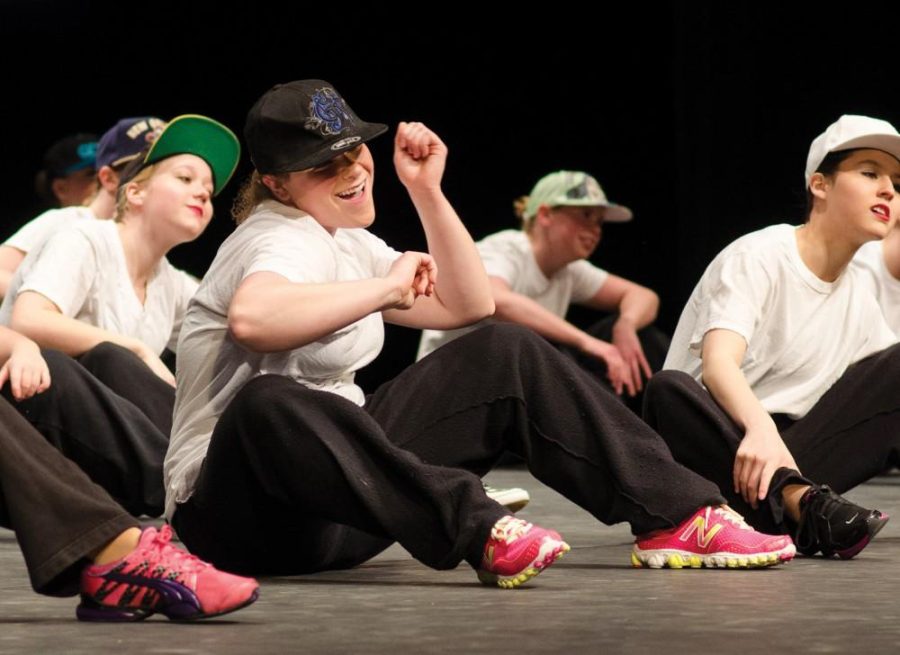 The Grand Valley State University (GVDT) Dance Troupe recently had their semester recital, “Dance Among the Stars â€, which took place last week. This recital was made possible thanks to the commitment of the dancers, as well as the eboard that works tirelessly to make this experience enjoyable and fun for all dancers.

Jillian Ferry, the current vice president of GVDT, has found a home within this group, describing it as “her place” since she visited the Campus Life Night Kiosk seven years ago. semesters.

“From the moment I walked into the booth on Campus Life Night, I knew the dance troupe was where I wanted to be, especially because it’s run by students.” , said Ferry.

As Vice President, Ferry is a key part of the group. Some of his duties include arranging the casting, acquiring the clothes, helping the president when needed, and contacting supporters, such as family and friends. Joining the eboard was important to Ferry as she wanted to give back to the organization which made her feel like part of a community in her first year.

Along with these responsibilities, Ferry also choreographed a dance for the recital, an intermediate jazz piece on “Jealousy, Jealousy” by Olivia Rodrigo. This dance is the fourth choreography that she has contributed to the recital in recent years.

Sierra Barnes, a dancer as well as the treasurer, joined GVDT in her first year at GVSU and is now a senior. She is used to choreographing contemporary and lyrical pieces for the group, but last year she introduced high heel dances as well. This year, she’s teaching a hip-hop mix track inspired by Britney Spears ‘hit songs, titled “Free Britney,” in commemoration of Spears’ long battle with her tutelage.

Barnes joined GVDT because of its informal, non-competitive nature, which is in contrast to previous dance teams she was a part of in high school.

â€œThe dance troupe is super fun, super informal, you set your own schedule and you don’t even have to worry about auditioning,â€ Barnes said. “You can learn a new dance that you have never learned in the past.”

Human Resources Board Member Taylor Jancsi also joined GVDT due to his fun and light-hearted nature.

â€œI was drawn to Dance Troupe not only because of the girls there, but also because it was a non-competitive organization,â€ Jancsi said.

Jancsi was responsible for choosing the organization the group will support during their recital this year. Girls get to choose the organizations they are interested in and after narrowing it down to the first two, eboard chooses the one that would work best with them this semester.

This year, the group chose to support North Star Reach, Michigan’s only barrier-free summer camp that welcomes children with health challenges. This choice was made to honor a former dancer, who died this summer, and who had volunteered at the camp.

GVDT is a student-run organization that welcomes and welcomes anyone interested in dance. The easiest way to contact them would be to send a direct message to their Instagram @dancetroupeofgvsu and attend Campus Life Night at the start of the semester. More information is also available on their website dancetroupeofgvsu.com.

â€œThe dance troupe is open to absolutely anyone, whether you’ve danced your entire life or never danced before,â€ Jancsi said. “We would love to see everyone’s beautiful faces next semester.”

Lesson of the day: “A new type of Amerindian dance troupe”