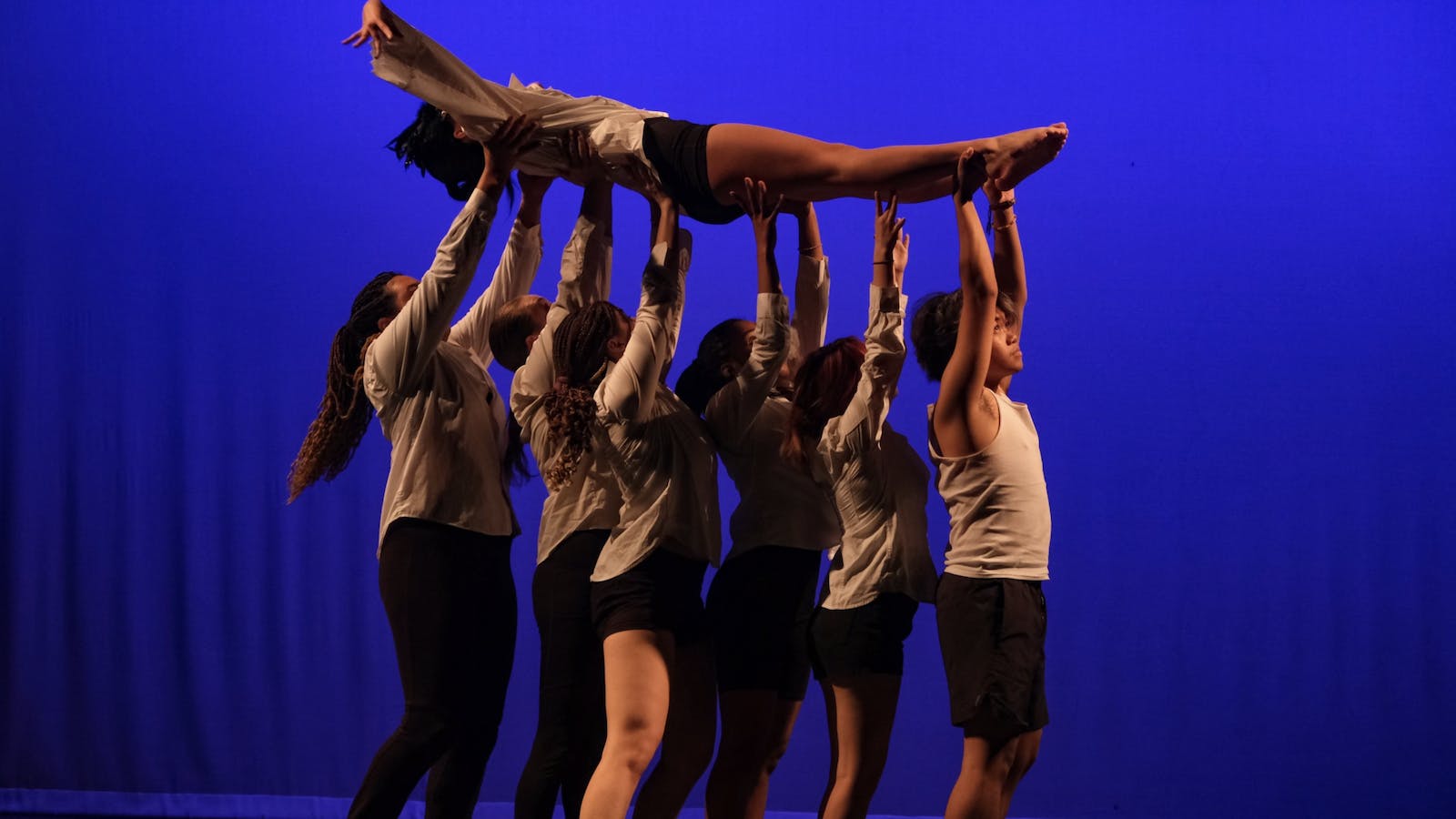 The Evolution Dance Crew (Evo) debuted for the semester with two back-to-back shows at Wilson Hall on November 5. The show was titled “Love, Sex and Magic”, a theme voted on by the dancers in the group. because of its versatility and variety of interpretations. For some, the theme is about the joys and difficulties that come with relating to others. For others, it’s about trusting themselves, trusting others, and trusting the dance process.

Tickets for the show sold out quickly, even with four hundred seats available. The queue to get in was outside the door as students eagerly filled up. Before the start, Evo co-chairs Amina Matavia ’23 and John Bermudez ’24 welcomed the audience and introduced them to Evo, which was founded by several students of color who felt left out of other dance programs. on the campus.

“They felt they were being excluded in favor of other (mostly white) dancers who had more formal training in styles considered more ‘legitimate’, which excluded genres like hip-hop, afrobeats and Caribbean styles,” said Evo member Devon Hunt. 23 said.

“Evo’s mission was really to create a space where everyone is accepted and allowed to express themselves through dance, regardless of race, gender, sexuality, body shape or level of training,” added Hunter.

Today, the group has more than 40 members from various dance backgrounds. Saturday’s performance, which lasted one hour, included 25 pieces. This included 11 main pieces, 13 shorter transitions and a group piece with the whole team. All dances were choreographed by students and ranged in styles such as hip-hop, Afro-Caribbean, Latin, ballroom and contemporary. It was Evo’s first venture into contemporary pieces and many dancers had never performed Latin styles before. The variety of routines allowed dancers to show their range of talents and try new techniques.

Simone Gonsell ’25 said learning to accept your own dance style can be difficult at times, but the group is here to support each other in creative freedom.

“The wonderful thing about Evo is that everyone is encouraged to step out of their comfort zone and explore different styles, which really helps build people’s confidence in dance,” Gonsell said.

The performance also included a variety of songs and costume changes. Many pieces begin with saturated lighting from behind that highlights the silhouettes of the dancers, then brightens into a radiant light that illuminates them from the front. All of these elements created a powerful atmosphere that told a story and invoked a range of emotions. Some pieces were exciting, optimistic and empowering while others were vulnerable, nostalgic and sensitive. Throughout, the crowd cheered passionately and sometimes even called out the names of their friends on stage. After the show, all the members of Evo appeared on stage and gave a festive salute. They also gave heartfelt greetings to Anna Saviano ‘22.5 who gave her last show with the band.

Members of Evo received tremendous feedback on Saturday, but they didn’t always feel institutionally validated. Hunt said Evo is not taken as seriously as other sports programs or clubs.

“It took us years to get approval to count as a PE credit, even though most Evo members spend 3-7+ hours a week in rehearsals.” Obtaining a PE credit is subject to active participation in the issue.

Being an Evo member can be a big commitment. Despite their busy schedules, the dancers meet regularly and often work outside of rehearsals to practice routines. Choreographing the routines is also a long process. Gonsell offered insight into what it took to choreograph the opening routine.

“Lynn [Chai ’23] and I met several times a week, outside of organized practices and full team rehearsals, to come up with choreography. I would say overall it took us about a month and a half to create and finalize the choreography,” Gonsell said.

But despite the intense commitment required, the members of Evo testify to the united nature of the group even in peak periods.

“Everyone is super supportive and kind even when I feel like I’m not doing well,” Hunt said.

“All of our members are constantly enthusiastic and supportive of each other, especially when stress is high,” Gonsell said.

After their first show this school year, Evo have plenty of plans for the rest of the year. Evo will run J-Term workshops open to all students on a first-come, first-served basis. They will perform a campus-wide spring show, plan to perform at the Nocturne Arts Festival and hope to collaborate with the Middlebury Intercultural Leaders Coalition. They plan to perform at the Night of Black Culture gala hosted by the Black Student Union in late spring, at a block party hosted by Distinguished Men of Color, and at a conference hosted by the Middlebury African Student Organization. As Evo prepares for its upcoming events, Matavia believes Middlebury’s dance community is in a better place now than it was eight years ago before Evo was founded. Some dancers share his sentiment.

Enjoy what you read? Get Middlebury campus content delivered to your inbox

“It’s honestly been one of the most comforting and nurturing spaces I’ve been a part of since coming to campus,” Gonsell said. “It takes some time commitment, but it’s always worth it in the end.”