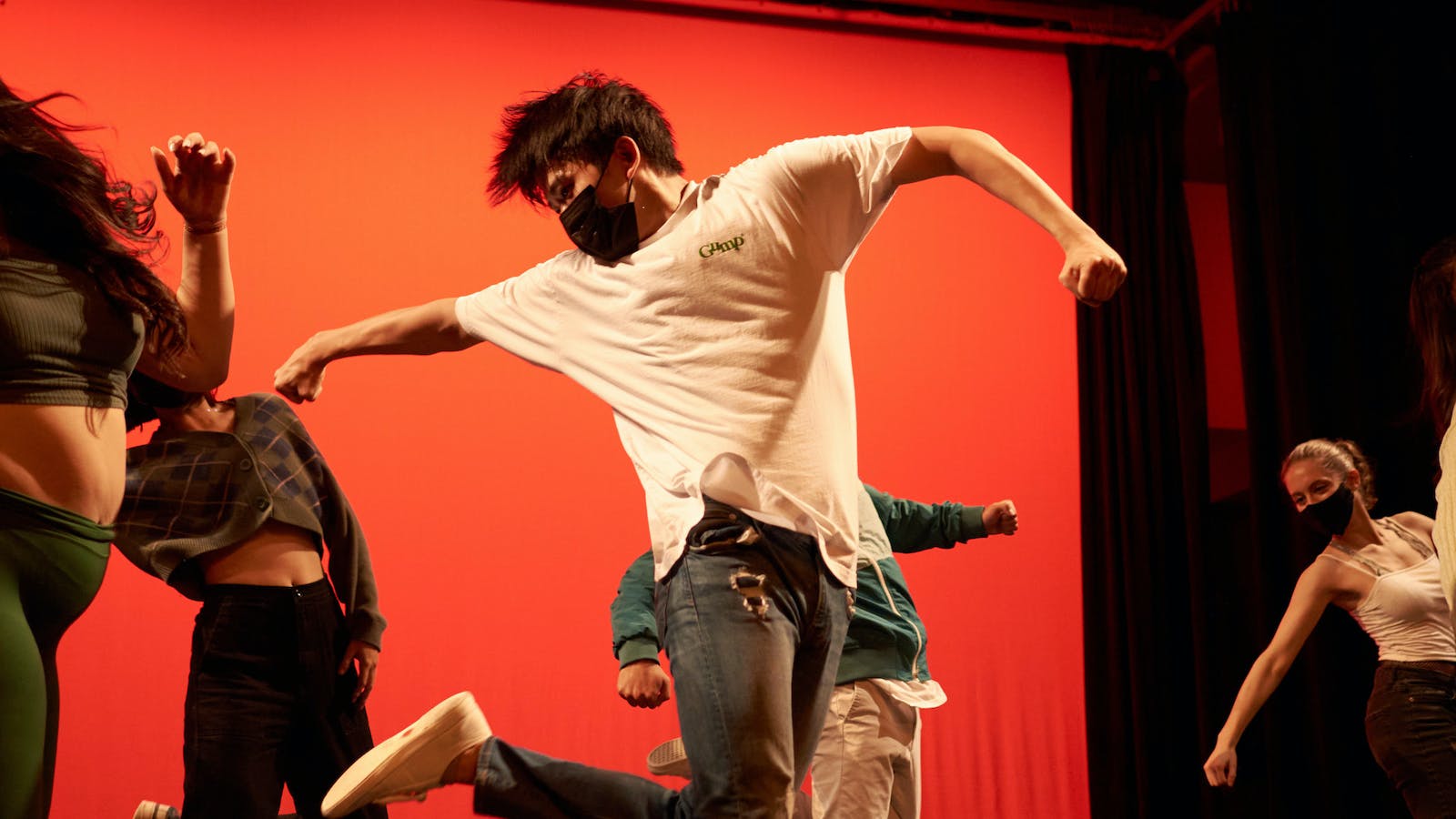 Michael Jackson’s “Thriller” faded and the rumble of feet echoed through Wilson Hall as the crowd eagerly awaited the start of the Evolution Dance Crew (Evo) annual Halloween dance performance.

On October 30, Evo premiered â€œThe Resurrection of Evolution,â€ a performance whose title was chosen both as a hint of Halloween as well as their long-awaited return to in-person indoor shows. The show lasted around an hour, featuring 12 main dance numbers in addition to an assortment of shorter transitional pieces. The last time the team gave a show at Wilson Hall was in the fall of 2019, somewhat ironically titled “The Mask Has Fallen”.

â€œOne thing we’re doing differently this year is putting on two shows in one night, and we’ve never done that in Evo’s history,â€ said Evo co-chair Seiha San ‘ 22. â€œWe wanted to have the opportunity to present what we are working on to more people.

Evo put on a show at 7 p.m. and 9 p.m., allowing a larger general audience of 800, with the first show almost sold out and the last show sold out. The show has sold out for the past two years and the dance team now numbers over 50, 10 more than in 2019. Not only was the show back at Wilson Hall, but the audience was made up of more than students. Because the performance coincided with Reunion Weekend, teachers, staff, parents, alumni and young children filled the crowd, especially at the previous show. A dinosaur, Sherlock Holmes and Catman were also in attendance, as part of the audience showed up in costume.

Before the show started, Co-Chairs San and Aliana Thomas-Adams ’22 took to the stage to introduce Evo’s mission. The group was founded in 2014 by BIPOC students as a space for people whose experiences and body types had not generally been represented on the Middlebury dance scene.

â€œA lot of our dancers are untrained. They evolve with the dance team, â€said San. “[…] We strive to create a space where all of our dancers feel supported. Some of them have never performed in front of an audience before. San then asked the audience to be generous with their applause.

The curtains opened and the lights came on for the first number, “She Don’t Text”, named after the song it was performed on, with dancers dressed in white collared shirts, dress pants. black ties and black masks. The piece was brought to life by beginning choreographer Kent Canonigo ’24, who joined Evo last year during the pandemic. Although he was grateful to be a part of the group last year, he missed the energy of a large audience.

â€œI was on autopilot the whole time, but it felt good to be there,â€ Canonigo said.

This first dance, as well as all the pieces that followed, left the audience spellbound. The crew swayed, they shook their hips, they twirled, and they did it as one. Whether the number was happy, sad, sultry, or anywhere in between, the dancers performed with intense focus and enthusiasm.

Throughout the show, screams, cheers and whistles could be heard from the enthusiastic audience. Audience member Kristen Morgenstern ’24 was there to support her roommate, Makeda Hevrin ’24, who is part of the crew. Morgenstern expressed his joy at the novelty of the indoor performance space with lights and powerful sound.

â€œIt was the first real dance performance I saw, and I’ve never seen anything like it,â€ she said.

Morgenstern belongs to one of the other dance troupes on campus, which like Evolution performed on the Battell Beach outdoor stage last spring. While the outdoor stage offered a safe and achievable approach for dance groups, it featured setbacks.

“When I had my show last spring, people were walking by the sidewalk and there was literally a Quidditch match next to us.”

Evo treasurer and team member Brittney Azubuike ’22 joined the group in the spring of 2020 and was preparing to perform in their first show when the school announced that the students would be sent home. It was Azubuike’s first performance, and she dazzled audiences with her seemingly effortless movements. She choreographed four numbers in the show, including an alluring pair number with Jarlenys Mendez ’23 titled “The Feels”.

â€œIt was really a romantic duo. The guy sees the girl. The girl sees the guy, â€Azubuike said.

Azubuike also choreographed “Feel Good Inc.” in which the dancers moved in rigid robotic movements and wore white theatrical masks in addition to their face masks.

Enjoy what you read? Get Middlebury Campus content delivered to your inbox

Another issue that particularly got the crowd excited was titled “Squid Game” and was based on the hugely popular new Netflix series of the same name. Given the praise and media coverage of the TV series, the number has proven to be particularly relevant when talking about the cultural moment.

Choreographer Jaab Veskijkul ’22 .5 noted how the process of assembling the number was somewhat sped up. Because it was a transitional piece, it performed just a few weeks before the show, and he only taught the dancers the piece the week before the performance. Transition pieces are shorter pieces that the team sandwiches between longer, more repeated pieces. After Veskijkul finished watching “Squid Game”, he realized he could use the show’s notoriety to his advantage and envisioned his choreography based on the events of the first episode.

The show’s final number was the “Newbie Piece,” which is the first of all new dancers. Thomas-Adams helped choreograph this number. There were 17 new dancers this fall, marking the largest group to ever join Evo in a single semester.

â€œIt’s a great way to get to know all the new members at the same time,â€ said Thomas-Adams. “There are so many who have never danced before, so we are honored and excited that they want to come and try this with Evo.”