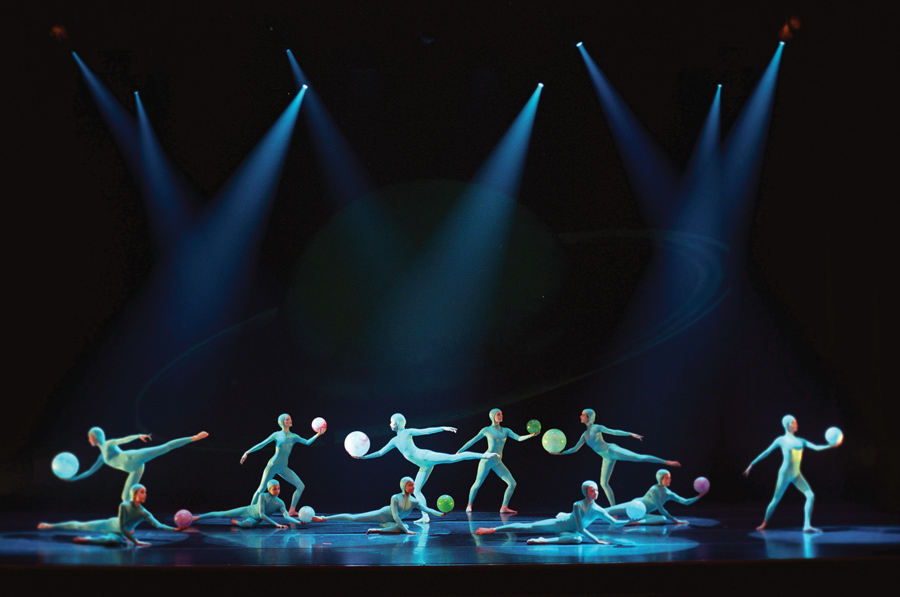 Evanston Dance Ensemble originally performed “Space Odyssey: the solar system in dance” in 2001. The ensemble will resume the show from March 14 to 17 at the JosÃ©phine Louis Theater.

When BÃ©a Rashid (Communication ’78) visited NASA’s Johnson Space Center in Houston, she saw nothing but dancing. Exhibits on space travel and the solar system made her consider movement, she said, inspiring a space-themed dance performance that premiered in 2001.

Evanston Dance Ensemble will perform “Space Odyssey: the solar system in dance” from March 14 to 17 at the JosÃ©phine Louis Theater. The show includes 11 dances that represent each planet, the sun and the asteroid belt, as well as a finale that brings together the entire Milky Way.

Rashid, the founder and co-artistic director of the Evanston Dance Ensemble, said the ensemble performed the show in 2001 and 2007, and is bringing it back due to its popularity and timeless interest in the space.

â€œOur fascination with space and time, and growing concerns about our own planet and sustainability, make us as humans take an interest in what is out there,â€ said Rashid. “And I think the further we go through the solar system and the more information we receive, the more interested we remain.”

Rashid said there is new knowledge about the space every time the ensemble puts on the show, which sometimes inspires change. Between the first and second performance, Pluto “was demoted” to the rank of a dwarf planet, she said, although she decided to keep Pluto’s dance in the show.

Steve Rashid (Bienen ’83), Bea’s husband who composed the music for “Space Odyssey,” said the show begins in the sun and travels outward through the solar system. The show includes an asteroid belt dance, originally titled “Small Bodies,” which was adapted this year for a group of more mature dancers. Steve Rashid has composed a new musical piece for “Comets”, a dance that has never been performed before.

â€œIt’s a whole different approach,â€ said Steve Rashid. “The beginning of the play sounds like nothingness all around youâ€¦ In the distance you realize that something is approaching, and it gets bigger and bigger and when it hits you, it takes you like a big party bus in the sky . “

Steve Rashid said it was a â€œreal joyâ€ to see the music he composes materialized on stage. He said he worked with the choreographers to create music for the dances, sometimes even composing the music after the dance was blocked.

Christina Ernst, co-artistic director of the Evanston Dance Ensemble, said working with Steve Rashid was a “luxury” as she prefers to choreograph in silence and have the music written afterwards.

â€œWhen I choreographed Pluto and Saturn, I didn’t want music at the start,â€ Ernst said. “I just wanted to work in silence, to feel the universeâ€¦ (It was) just me working in space.”

Ernst said that although the choreography is now almost 20 years old, it seems timeless. This year’s production also includes a new lighting and projection design to bring the production to life, she said.

Kara Roseborough, a former Evanston Dance Ensemble, is looking forward to playing “Mercury” in this year’s show. The solo piece is usually performed by a dancer, she said, so she was able to bring her own nuances to the role.

â€œThey’ve done it a few times, but every time there’s something different,â€ Roseborough said. â€œObviously, each new group of dancers brings their own artistic talent to it. So even though this is a show, it’s really exciting to bring our version of it to the Evanston community.