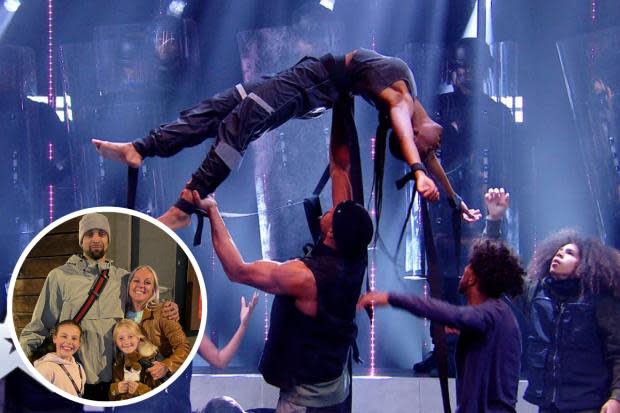 An eight-year-old girl from Didcot has been selected from a theater crowd to record a song with Britain’s Got Talent dance troupe, Diversity.

Lifelong dancer Faith Featherstone went to see the musical group perform at the New Theater in Oxford last week with her mother Jennie and a friend.

The British street dance troupe led by choreographer Ashley Banjo, who are best known for winning season three of Britain’s Got Talent in 2009, are currently touring the UK and were in Oxford for two nights.

READ MORE: Artists gather to protest against the war in Ukraine

On Tuesday, May 31, Faith was chosen from the audience by dancer Jordan Banjo to record part of a song that they would dance to later in the show.

Miss Featherstone, who runs Angels Performing Arts School at Didcot, said her daughter was ‘in her element’ after being chosen to perform.

“She was chosen out of thousands of people,” she said. “It was a bass line with his voice that was mixed and played to the audience.

“It was so much fun and everyone at the end was saying she was amazing and did a really good job of representing Oxford.

“She was in her element, out of all these kids, she was chosen to go – it was so nice and really lovely.

“I was shaking thinking, ‘Ah, what’s going to happen?’ But she was so natural at it. Then I loved it and it was absolutely buzzing, I couldn’t believe it.

After singing the words “drop that bass” into a microphone, the song was then edited and played to the audience as the dance troupe performed it.

Faith was then able to meet Diversity after the show and take some pictures with the group of which she has been a fan “forever”.

Angels Performing Arts School is also due to take part in a workshop with the dance group in September at the Essex headquarters.

They will take dance lessons with the group as well as a “questions and answers” ​​session.

Miss Featherstone has now started choreographing a new dance to Faith’s recording with Diversity and hopes the performing arts school can perform the routine at its next showcase.

“I even sent it to Diversity on Instagram,” Miss Featherstone said. “They’re very busy so they didn’t respond, but I started choreographing the routine the very next day.”

This story was written by Gee Harland, she joined the team in 2022 as a senior multimedia reporter.

Get in touch with her by emailing: [email protected]

A message from our editor

Thank you for reading this story and for supporting the Oxford Mail.

If you like what we do consider subscribing to Oxford Mail and in return we will give you unlimited access with less advertising on our website from the latest news, surveys, features and sports.

You can also join the conversation in our Facebook groups: stay ahead of traffic alerts here, catch up on the latest court news here, share your favorite Oxford memories here, get your daily dose of celebrities here and take some time with news that will make you smile.

If you have a story for our reporters, send us your news here. You can also list an event for free here.