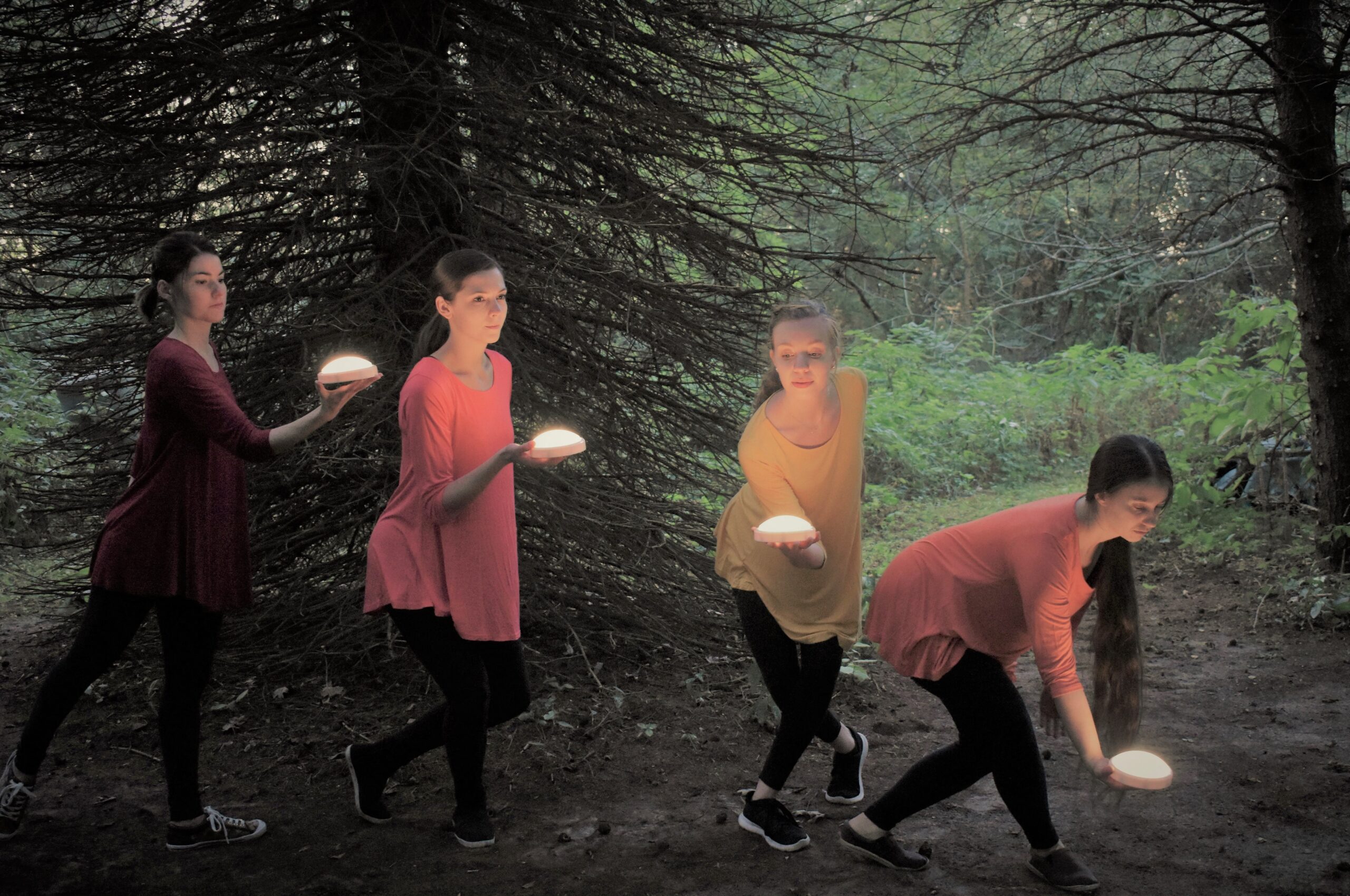 Even when unable to meet on campus, the Inside Out Dance Ensemble has still made it safe to meet over the past year.

Founded by MCCC Dance Teacher and Adjunct Professor of Drama and Humanities Kellie Lajiness in 2010, IODE is an MCCC dance group that presents contemporary dance performances throughout the year at the Meyer Theater in campus.

The group has danced to a variety of media in the past, from live and recorded music to pre-read poems, with dance improvisation encouraged by each member.

Upon the announcement of the MCCC’s closure in March 2020, the group could no longer meet in person. The announcement came just weeks before IODE’s 10th anniversary scrapbook-themed performance “Rebel,” which was ultimately canceled.

MCCC student and IODE dancer Sidney Collino said the break from the in-person meeting was the longest time she had ever danced.

Collino was able to get the band together outside of her grandparents’ house to practice in September, the first time they’ve danced together in person since the shutdown.

IODE dancer Victoria Atkins said the first meeting after not seeing each other for months was very emotional.

The IODE continued to meet outside members’ homes and at the Hidden Lake Gardens where Lajiness said he had his first outdoor audience.

As they finished a dance at the Gardens, the dancers began to hear applause from passers-by.

“People were really hungry in broad daylight to start getting attached to the art,” Lajiness said of the comments. “It was so good.”

Lajiness said that during these outdoor get-togethers, the dancers were able to use sight-specific dance techniques with their outdoor surroundings.

IODE continued to meet in various outdoor spaces until the loosening of restrictions allowed them to meet inside the Meyer Theater later this fall with social distancing guidelines in place.

Dancing individually in their own space, they said, was different because they are used to being led by each other.

“It was really weird because we went from all this impromptu contact to having to stay away from each other,” said IODE dancer Mariah Neal.

Lajiness said those guidelines didn’t hamper the dynamic of the dancers with each other.

“This group has quite a connection whether they’re able to stay close or not and it’s really, really evident,” Lajiness said.

When the group took over dancing on campus, Collino, who is also a writer, came up with the idea of ​​partnering with the Writing Center’s poetry contest and performing dances based on the contest’s winning entries.

Collino said this idea was to help students get involved in the writing center and creative writing while building an audience for IODE.

IODE held a dream-themed performance in 2019 where each dancer wrote a poem about their ideal dream and danced to an audio recording of the poem.

“We have already danced to poetry, why not combine the two? said Colino.

Collino said it was a collaboration of two of his favorite things.

“I love working at the Writing Center and I love dancing,” Collino said. “I’ve always been in school and dancing, but it’s never overlapped until now.”

The poetry contest was first announced in the fall 2020 semester and the winners were expected to be announced, with the dances completed by the end of that semester.

Following the second MCCC shutdown at the end of the semester, the deadline for submitting poems has been extended. Meanwhile, IODE was also unable to meet again in person until January.

The winners are usually elected by the scholarship recipients and announced during the biannual poetic evening. This year, the fall and winter poetic evenings have been cancelled.

“I’m very excited to see the finished product, and I’m grateful to the Inside Out Dance Ensemble and Kellie Lajiness for their efforts!” said the couch.

The dances will be performed with audio tracks of the poems read.

Collino’s favorite dance is to the poem “The Story of Us” by Sara Ackerman. In this dance, all members improvise with books on chairs with Collino using a ballet barre for the piece.

IODE will post video recordings of the dances on the internet for the public to watch by the end of April to coincide with National Poetry Month, Lajiness said.

She and the dancers also hope to perform the dances in person in front of a small audience in May.

Lajiness said the ultimate feedback dancers seek is to have an audience.

“It’s just five girls and me on a Friday night and a Saturday morning diving and moving and it makes sense to us personally,” Lajiness said. “But it means so much more when we can share it with others.”

The Zikr dance ensemble returns with Lifting the Veil