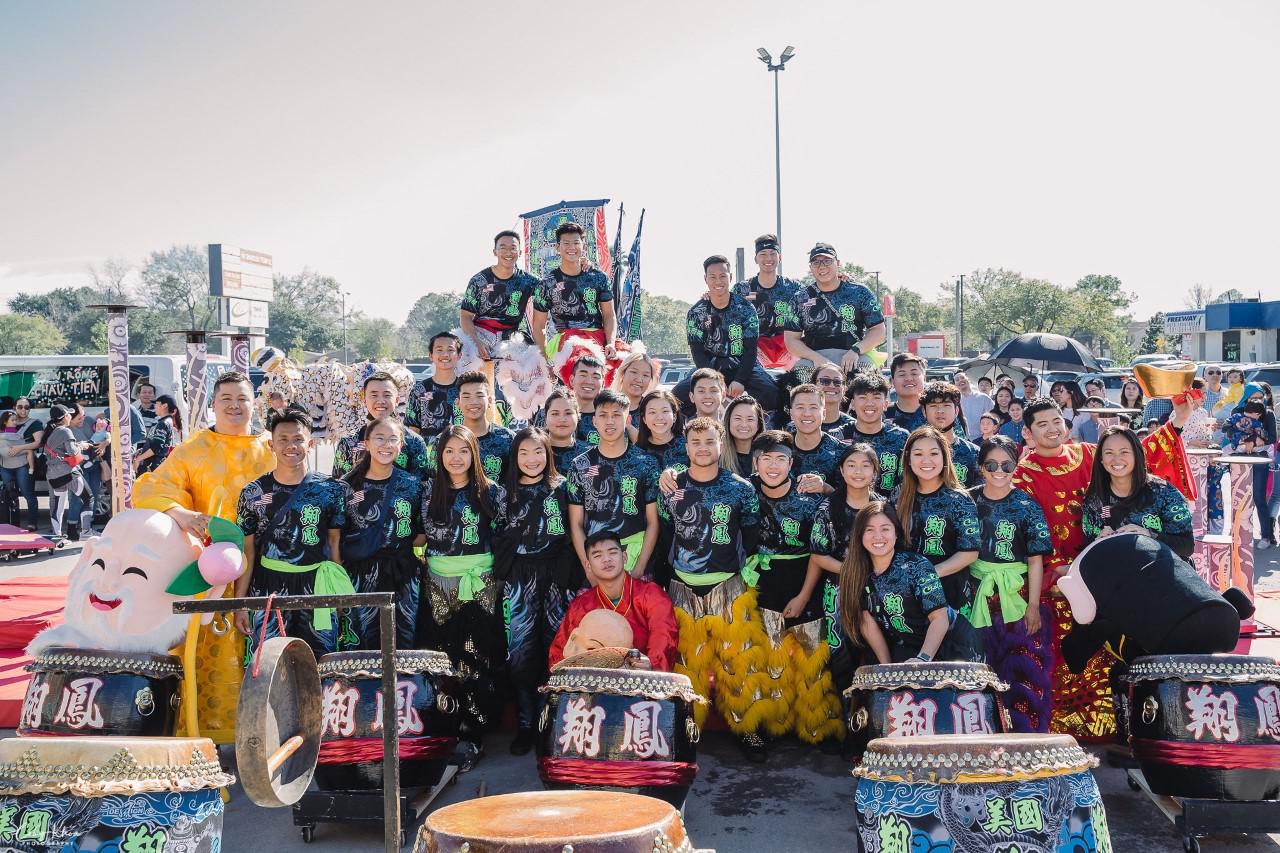 Towards the end of each year, the group size of the Soaring Phoenix Dragon & Lion Dance Association increases dramatically as members work on their craft and non-active members return to help prepare for three weeks of performances over New Years. lunar.

Soaring Phoenix is ​​made up of mostly Vietnamese Americans with around 30 active members who practice the traditional art of lion and dragon dancing every weekend.

Lunar New Year 2021, which falls in the Year of the Ox, will run from February 12 to 26, and the organization has been planning and preparing for its biggest workload of the year amid the COVID-19 pandemic.

“Once it hit, it definitely cost us,” said founder and director Alex Tran. “We used to play maybe two to three times a month and from March until now we only had maybe one or two shows.”

Tran used to perform long ago as a child and said he wanted to learn more about the traditional art form. He asked some friends to join him to start the group.

The organization’s practice location is based in Katy and now has around 50-60 members in total. Tran said the members are spread evenly across the Houston area, with some residing in Katy and others commuting to Sunday practice from Cypress, Spring, Richmond, Sugar Land and Pearland.

Tran said that he and his friends were in another group, but after everyone left, they formed the new group and decided on the name Soaring Phoenix. The first word represents the desire to improve, he explained, while the second term refers to the fact that they come from another team.

“We all stuck together and formed a new team – we just thought the phoenix burning and recreating itself was a great symbol of representation for ourselves,” Tran said.

The traditional dance art form consists of two or more people holding sticks under a lion or dragon costume to mimic the movement of the animal and create a larger figure. Services offered by the organization include lion dance, traditional routine, traditional pole vault, dragon dance, drum show and auspicious characters.

Tran said their main goal is to educate the community on the art of lion and dragon dance; second, to help teach members to reconnect with their culture and their roots; and third, to use their status as a non-profit organization to assist returnees in Vietnam with financial assistance, primarily targeting members of rural communities and orphans.

Tran said the dances they perform are an ancient art that dates back centuries and he is proud to represent Vietnamese culture. Being involved in their organization requires people to actually know the story behind what they do and their own culture, he said.

Tran said the lion dance is related to Buddhism, but many people don’t know about the tradition behind the religion and how it relates to the art.

Tran said the organization tries to use its funds and time both locally and internationally. He said part of the finance goes to the team to fund the warehouse they rent, the necessary equipment, gas and food, and another part goes to charity.

He said they also work with children’s charities to deliver gifts to underserved families over Christmas and try to help financially or physically whenever there is a disaster like flooding during Hurricane Harvey. .

Internationally, Tran said the organization tries to send a few members to Vietnam at least once a year during the summer in rural areas with funds and medical supplies.

“We try to provide bottled water, food, medical supplies,” Tran said. “We also partner with Operation Smile Vietnam, where we provide scholarships for children who are due for cleft lip surgery.”

Tran said the organization was lucky because the last Lunar New Year ended around mid-early February and was able to complete its season before the pandemic hit. He said many of their clients typically hire them for weddings, inaugurations, birthdays, restaurants, as well as private, school and community events.

At first, Tran said that some members couldn’t attend practice and the group decided to wait until they reassessed the situation. Recently, he said that operations have resumed for the past two months with and they have been able to perform a few shows.

However, Tran said the overall situation hurt them financially as they still paid for the warehouse during the pandemic, and even had to put up some of their own funds or reallocate the budget to cover the costs.

“We slowly went back to training every week, just asking members to social distance, wear their masks, making sure they had no symptoms before coming in,” Tran said.

Tran said the organization is a bit worried about the upcoming Lunar New Year, but thinks everything should be fine. He said that instead of having 60 to 70 shows over the course of three weeks, they could be at around 40 shows due to the difficulties of businesses and uncertainty with elementary and private schools.

The organization has no public events scheduled anytime soon, except for a handful of private wedding performances. He said they try to update Instagram, Facebook and the website as soon as they hold public events so people can come and see them.

“Hopefully we will have more updates around December regarding Lunar New Year as we are currently working with our customers and our calendar,” Tran said.

For more information about the group, including booking and how to become a member, visit www.spliondance.org.