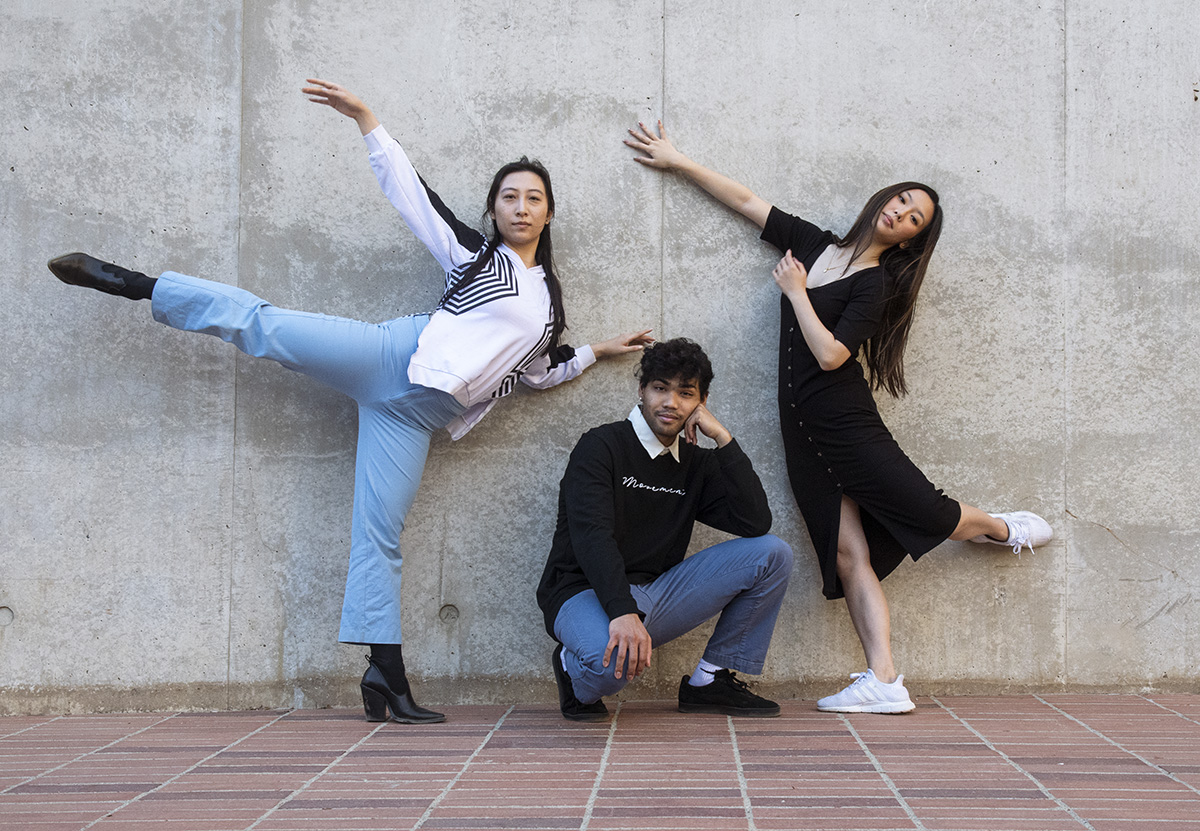 Project: SHAW is dancing in the hearts of viewers this month.

Throughout February, the dance group founded by alum Jerric Shaw will air new episodes of his Love Letter series on his instagram and Youtube pages in honor of Valentine’s Day, featuring dancers from the project. Since Shaw founded the project in 2020 as a fourth-year student, he said he’s been driven by the goal of creating an inclusive space that gives emerging artists the opportunity to connect with each other and to develop their creative muscles.

“The real vision direction I want for the project: SHAW is more network-based, where we’re the ones that are a place for people to go and get further training,” Shaw said.

[Related: Student film grapples with grief, heartache as homesickness in ‘Fragmentation of Home’]

Project Serving: SHAW director Shaw said he spearheaded the Love Letter series. He said he decided to structure each episode around five different forms of love: romantic love, seductive love, unconditional love, self-love, and true love. The episodes, which are approximately two minutes long, focus on dance as well as other elements such as spoken word. Bernice Wang, a fourth-year dance and psychology student, said that while Shaw led the development of the series, there was room for other artists to make their own creative choices.

“Although (Shaw) had specific plans in mind, he gave us the freedom to find our own voice there,” Wang said.

Featured in the series’ first episode, Wang said the crew used improvisational and emotion-based exercises to generate the mood and mood for each episode. By doing contact improvisation, in which a dancer improvises with another person or object, she said dancers are encouraged to leave their own mark on the piece, physically and emotionally. Shaw said he wanted to make sure the audience was moved by the episodes, so he asked the dancers to focus on their emotions to ensure each piece went beyond the visual choreography.

Regarding filming, Wang said the group had to be resourceful in finding materials and figuring out logistics, such as acquiring the fog machine and lights that were used in the first episode. She said the dancers also had to readjust their choreography on camera, instead of performing in front of a live audience, to ensure every frame looked as Shaw intended.

By being involved in the creative process of the series, Jade Chen, an alumnus who directs the self-love-focused episode, said Love Letters taught her more deeply about self-care beyond love. superficial imagery of face masks and journaling. Through the making, she said she learned that taking care of herself allowed her to take care of others.

“What I like to develop is this lesson of how to really support others, whether it’s in choreography or on this team, and then incorporate that into my day-to-day life,” Chen said. . “How can I make sure I’m taking care of myself and someone else? This return of support will also give me lessons and wisdom.

For each member, Chen said the series and the project as a whole is more than a chance to dance. She said Project: SHAW allowed her to explore other creative avenues and experiment with new styles beyond the highly traditional dance structure she was used to. Coming from a ballet background, Wang said traditional college teams kept her from exploring other genres, but the project and the series encouraged her to explore more modern types of dance.

As someone who was not in a dance major, alum Gabbi Kester said Project: SHAW allowed her to participate in creative opportunities, such as choreography, that were rare in her experience. For Kester, direct involvement in creative processes, both as a dancer and a collaborator with more artistic control, has enhanced her skills. The small size of the project also allowed her to open up and choreograph skillfully, she said.

Regarding the potential impact of the series, Shaw said he hopes audiences and viewers will view the Love Letter series as a reminder that romance is just one aspect of love as a whole. . Using emotional appeals such as the spoken word alongside choreographed visual content, he said he wanted audiences to be able to form their own relationship with the weekly releases.

“I want people to feel like they’re not alone,” Shaw said. “Love, … it’s going to be cryptic, and you can understand it and interpret it any way you want because it’s art.”