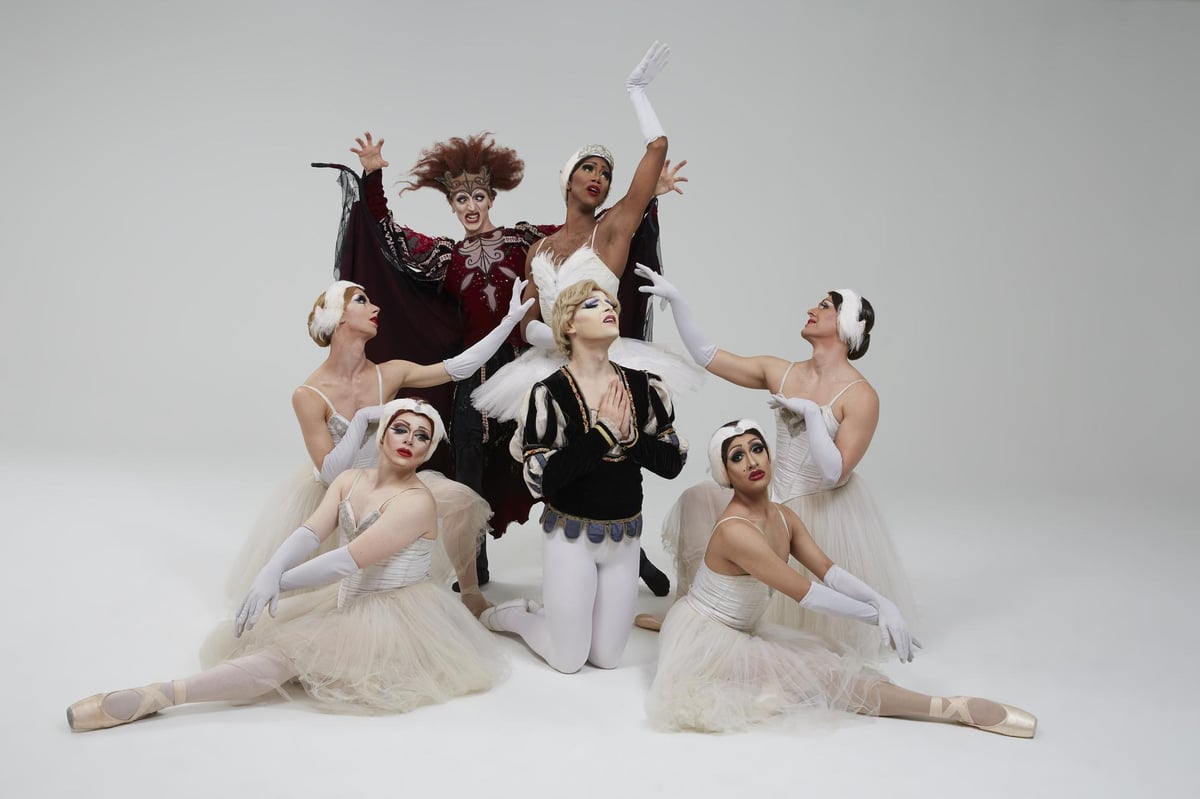 They rolled the dice to bring a world famous dance company to town. These companies offer high ticket prices and, in short, the decision put the theater on an unstable financial footing because the public did not support the decision and stayed away when the dance company arrived. .

Two decades ago, Adam Renton, the man then in charge of the Alhambra, rolled the dice again and decided to bring dancing back to Bradford. Renton must be one hell of a poker player. As audiences began to come to see dance at the theater again in small numbers, he supported his decision to the end without batting an eyelid.

Fast forward two decades and today dance is a big draw at Bradford’s Alhambra with Rambert, Alvin Ailey and, this week, Les Ballets Trockadero de Monte Carlo all coming to the theatre.

Les Ballets Trockadero de Monte Carlo, or The Trocks to give them their more informal and manageable name, are no match for Rambert in terms of dance quality, but that doesn’t mean the company is any less world class.

“It’s comic ballet. What does that mean? Well, that means the performers are men, comedians, and ballet dancers. They are all three. It’s very important to us that the audience have fun and enjoy it as a comedy. But then, maybe moving away from the theater, think “in fact, the dance was really effective,” says Tory Dobrin, artistic director of the Trocks.

As we speak Dobrin is at his hotel in London where The Trocks are at the start of a seventeenth UK national tour.

It’s an impressive feat for a show that started in downtown New York in 1974 as a drag act following the Stonewall riots.

Since then, the company has won over fans around the world with its hilarious parodies of classical ballet conventions. While it’s inherently fun, there’s also a message underneath the comedy, with The Trocks a company she says wants to share a message of inclusion and equality, providing a stage for often underrepresented dancers in ballet, because of either sexual orientation, gender identity, height, social class or ethnicity.

This current tour of The Trocks is the sixth presented by the Dance Consortium, a collection of theaters that joined forces in 2000 to use their collective power to bring prohibitively expensive dance performance to the UK.

“Bradford Theater Manager Adam has been part of the Dance Consortium from the very beginning. It’s great because we love bringing what we do to the city and the audience is incredibly enthusiastic,” says Dobrin.

“Plus, the city has great Indian food,” he adds, which is quite unexpected for an American. “We have Indian food in the States, but it’s just not as good as it is in Bradford.”

Since the Trocks last visited Bradford, the town has been awarded UK City of Culture status for 2025. Dobrin heard the news and said he was pleased but not entirely surprised by the news: “Every time we are went to town, the public always came to support us.

So what exactly is The Trocks? Well, if you don’t have a handful yet, you’ll see some seriously awesome dancing and, according to Dobrin, you’ll also be laughing at your tutus.

“To be stereotypical for a moment, I’d say you can have a wife who loves ballet and her husband who doesn’t love ballet, but loves comedy, the show is for both,” Dobrin explains.

The company’s 16 dancers all have the kind of names one might associate with a drag show – there’s a Minnie Van Driver in there – and in the current tour they’re performing programs featuring ballets Swan Lake classics at Raymonda’s wedding.

“The UK has always been an important country for our tours, because there is something about the British public that understands our work. I think it’s because they’re used to a tradition of pantomime and loud theater,” says Dobrin. Also, at Bradford, we truly enjoy world-class dancing.