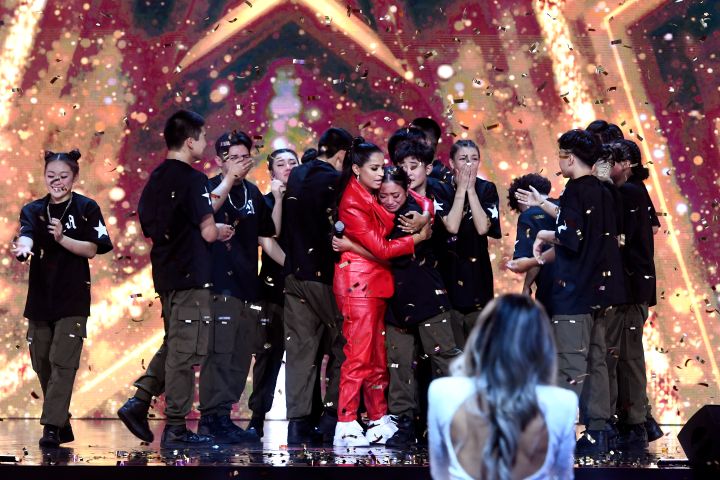 During this week’s edition of “Canada’s Got Talent,” Vancouver-based dance group GRVMNT took the stage for a dazzling display of dance that had the audience on their feet.

“You made my heart swell,” Judge Howie Mandel said. “I didn’t want it to end. I really believe that what I just saw could win this whole season.

Fellow judge Trish Stratus was also impressed. “I don’t use that word often,” she said, “but I was Stratus-fied.”

“So here’s the thing. I didn’t think it was good,” said a mute Kardinal Offishall, prompting gasps from the audience and looks of abject horror from the dancers. “I thought it was firehe added, proving he’d mastered the ever-popular reality competition judge fake move.

That left Judge Lilly Singh. “What would it mean to win this contest?” she asked the dancers.

“It would mean the world to us,” the band’s tearful spokesperson said, revealing that they were training in what they jokingly call “Studio O, which stands for ‘Studio Outside.’ everyone would win, because we really want to give back to the community…we want to make sure we have a home.

“One of the reasons I said yes to being a judge here is because I thought I was going to have the honor of inviting people into the building, so they don’t have to dance to the concrete,” Singh said.

“And I want to find a group of people who want it so badly, and I want to get rid of all the obstacles in their way. I want you to go all the way – and I have to,” she added before slamming her palm on the Golden Buzzer, then joining the team on stage for hugs as golden confetti fell. from the ceiling.