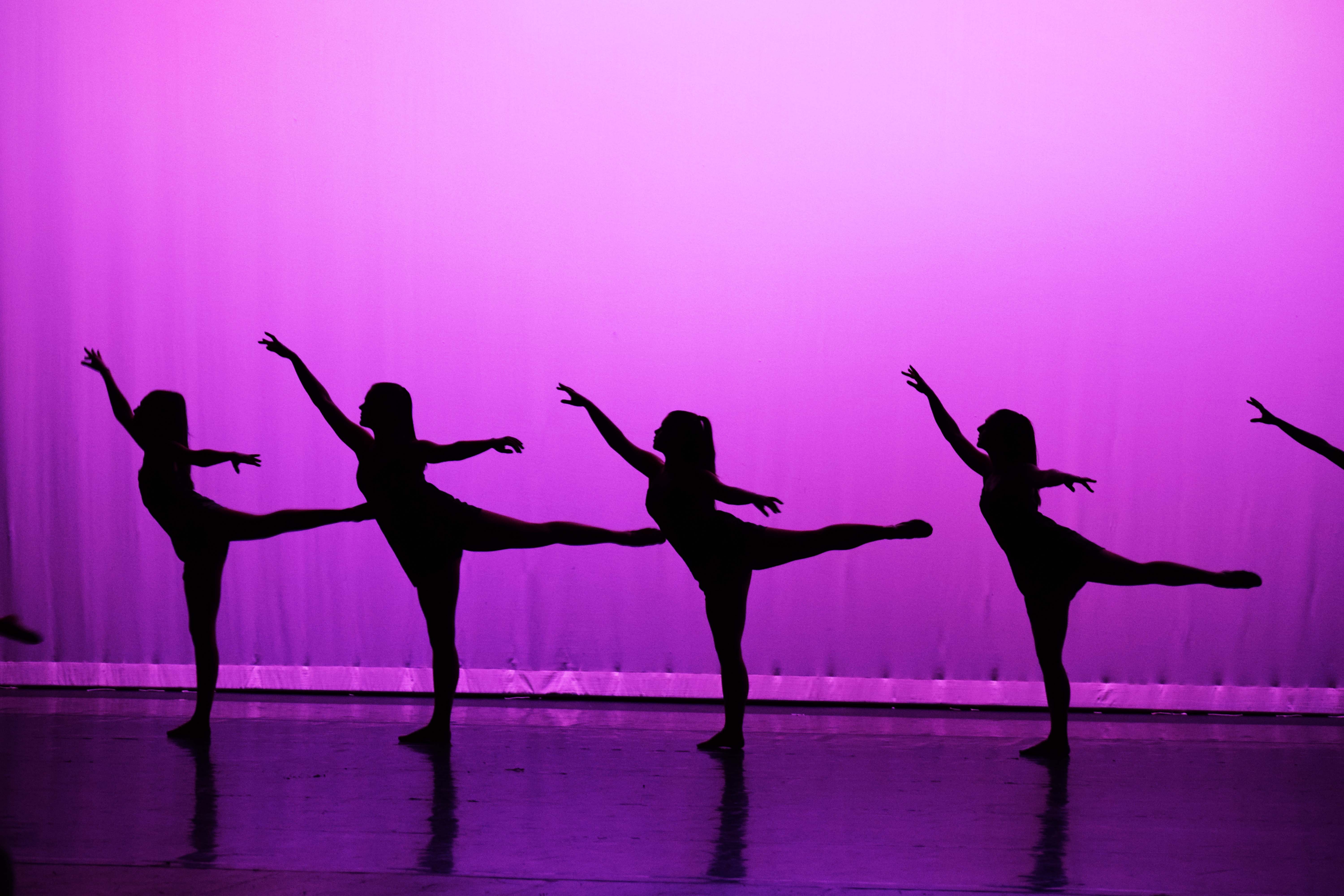 The Boston College Dance Ensemble (BCDE), a student-run organization enabling approximately 30 dancers to perform and choreograph throughout their college years, hosted Majesty, one of its biannual performances, at the Robsham Theater this weekend. All proceeds from the show were donated to the BC Campus School, which educates children with disabilities aged 3 to 21.

The show itself was dramatic, with a comically menacing voice announcing the names of every song to come. The first was a performance by an ensemble called Run the world, choreographed by The Officers, which featured a fiery remix of Banks ‘”Waiting Game”, Britney Spears’ “Piece of Me”, Vera Blue’s “Lady Powers” and BeyoncÃ©’s “Run the World (Girls)” The Entire Dance Together donned the stage in blue leotards, and in the end only one dancer was crowned.

Next, Rihanna’s â€œHigherâ€. Choreographed by Sarah Engelberg-Nolan, MCAS ’20, and Julia Heisler, MCAS ’20, the performance included ballet dances and silky red costumes. Adele’s “Best for Last” followed, choreographed by Olivia Hoffmann, MCAS ’18. In the program, she explained why she chose the song – “Adele’s title perfectly describes my feelings about this DE showâ€¦ the best for last!” â€œBest for Lastâ€ was a bright and fun tap dance. The dancers were dressed in dark purple dresses that stood out against the bright orange background. The upbeat performance was certainly one of the best of the show.

â€œSand,â€ by Keaton Henson, was choreographed by Isabella Gervasini, MCAS ’20. The black dresses and the green background add to the serene atmosphere of the room. The dancers were indescribably graceful in their ballet movements.

Juliette Swersky, MCAS ’19, choreographed “What About Us” by P! Nk. The unique set featured stories – at the start of the song the dancers wore dreary black sweatshirts, but halfway through they tossed them to reveal colorful shirts underneath. The vibrant and colorful performance was captivating and skillfully executed. The narrative nature of the song was pleasing to the eye.

Next, “Dance With Me Tonight” by Olly Murs. Choreographed by senior Katie Sweeney, MCAS ’18, and Olivia Hoffman, MCAS ’18, “Dance With Me Tonight” was a lively tap dance featuring pink and black dresses and a feature of the dancers from BC Irish Dance (BCID ) Kellyn Berrigan, MCAS ’18; Maeve Clancy, CSOM ’20; Erin Gonzalez, MCAS ’18; Camille Homa, MCAS ’18; Lizzy Kroll, MCAS ’20; and Katie Sweeney, MCAS ’18. The dancing was fun and upbeat, and the mix of tap dancing and Irish dancing was unique and intriguing.

Later in the show, “Dream On”, choreographed by Abby Funari, MCAS ’18. Funari has done a great job of giving the classic Aerosmith a graceful twist. The lighting was also well done, as the set opened with the silhouettes of the dancers shining against the blue background. During this performance, it was evident that one of the dancers was trying to fly, while the others were trying to help him. It was a very unique take on an unexpected rock hit.

BCID played again, this time without BCDE present. During this jazzy performance, the members were dressed in red with shiny top hats and suspenders. The chic ensemble showcased their incredible talent as Irish dancers, and it was obvious that they really enjoyed showing off their fun and whimsical moves.

After the intermission, selected dancers from BCDE performed the classic “Sexyback” by Justin Timberlake. Choreographed by Kristen Brandenburg, CSOM ’18, this performance exemplified the group’s incredible coordination skills. Putting on red leotards, the group was able to really collaborate on rhythmic movements during this crowd pleaser.

Elliot Moss’ “Slip” was choreographed by Madeline Jenkins, MCAS ’20. The calm performance featured some interesting movements that followed the unexpected beat of the song. The black and white costumes, mixed with the elegant dancing, made this performance one of the highlights of the evening.

One of the latest performances was Miley Cyrus’ “Can’t Be Tamed” with Lil Jon, choreographed by Jenny Keenan, MCAS ’19. The dance featured amazing and skillful flips and wheels. Penultimate was the Senior Dance, choreographed by the Class of 2018. The Seniors wore blue leotards with yellow capes and danced across the crowd in preparation for the final, â€œMajestyâ€.

BCDE Majesty was an extremely successful performance – it raised money for a great cause and showcased the immense talent housed in British Columbia.