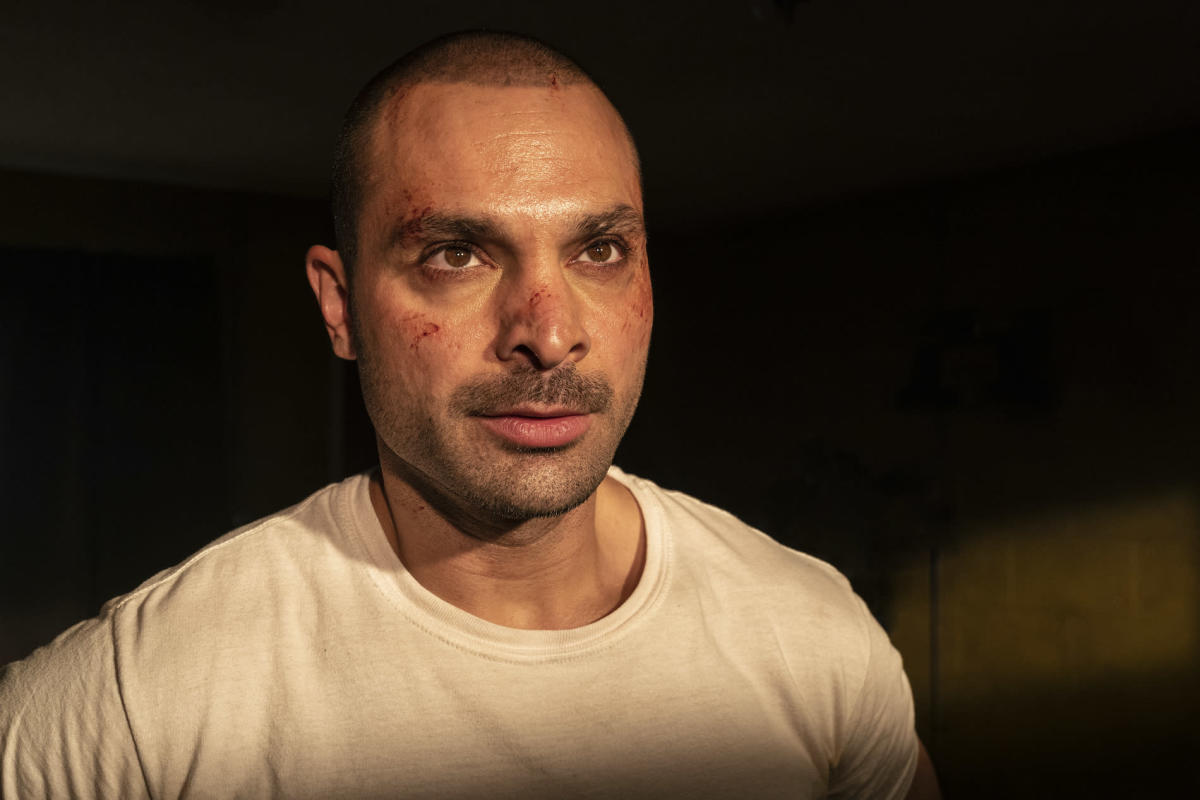 Season 6 of “Better Call Saul” is a small break from tradition from the start. Rather than opening with Jimmy McGill (Bob Odenkirk) living out his days as a shouldering Cinnabon employee in Omaha, Nebraska, the season premiere “Wine and Roses” begins with a wistful tour through the house he left behind. There’s a glimpse of his flashy rainbow-hued wardrobe, lavish wall art, and general interior decor that’s far more lavish than you’d expect from the Jimmy we have seen in the first five seasons of the AMC series.

As the camera winds through the interior hallways and towards the dumpster and the moving truck hauling everything, the house cleaners dispatch all of Jimmy’s belongings with ballet-like precision. Of course, as the episode’s cinematographer, Marshall Adams, describes it, that’s no coincidence at all.

“[Director] Michael [Morris] and our first AD Rich Sickler had this idea of ​​using a dance troupe for this sequence. So they’re all members of one dance troupe and they were basically keeping time. We rehearsed for an entire Sunday, getting all of these shots exactly before the whole crew arrived on Monday, and we started doing that on Monday and Tuesday. They were laid out at the pace, at the time, exactly how Michael wanted them,” Adams said.

It’s the kind of slick execution and visual storytelling that has marked “Better Call Saul” and his previous projects — Adams was the DP on “El Camino” and several episodes of “Breaking Bad” as well — over the years. It’s also far from the only tricky challenge in the opening chapter of Season 6.

While the dancers were busy performing their routine elsewhere, there was another group perfecting their own moves, off camera. The very first glimpse of Saul Goodman’s affairs is a cascade of links, falling into the frame. Getting that tuft down the right way required its own technical choreography with a Photo-Sonics camera.

“Michael had this idea of ​​starting with the ties, and I just thought that was fantastic. When we were shooting that, I had a separate unit working on the tie sequence pretty much all day. “Said Adams. “We shot this at 480 frames, I think they ended up replaying it at 240. So this whole shot is only about three-quarters of a second long. two different conveyor belts, one on each side. So placement was critical and obviously it was random how they fell. But the placement had to be perfect so they fell at the right time in the right sequence. was a lot of trial and error, but I just thought it was such a cool idea.

Later, there’s a bird’s-eye view of the house’s indoor pool as a Saul Goodman standee floats like Joe Gillis, face down on the surface. Originally, this piece of cardboard was going to be a kind of tour guide through the rest of the interior.

“They scaled it down for time, but we actually had a camera attached to this standee. The guy pulls him out of the water and he walks around the house with him strapped in, with Bob’s face in the foreground, which was a lot of fun. Hopefully they include those things on the Blu-ray later,” Adams said.

Perhaps the episode’s most striking visual moment is an extreme close-up of a fingertip, with an ant crawling along the hand of one of the mercenaries sent to assassinate Lalo Salamanca (Tony Dalton). A slow recoil reveals that the hitman is now a corpse, lying in the middle of a crime scene. It’s an impressive technical feat, achieved in one convenient hold. But that day, the shooting star wasn’t exactly the best at hitting his target.

“This ant was not cooperative at all. It was the clumsiest ant I’ve ever seen. It fell off the finger. He couldn’t hold on. And then, all of a sudden, everything just happened perfectly in one take. Michael just said, ‘That’s it. We are moving forward. It was so good. I’m not going to risk it,” Adams said. “The trickiest part, when starting on something this tight, is starting the start soft. A quarter inch when you’re this tight is a huge move, so that always ends up being the trickiest part.

Luckily, this is an example of what the team was able to accomplish with a little extra time beforehand for Season 6 logistics. Even on a tight production day, they were able to capture this crime scene. from all necessary angles.

“This shot in particular, Michael and I had set up on stage during our prep, just to see how it was going to go and if we could pull it off. The timing of that day was very critical with the shadows on the bridge and the shot looking at the two cousins ​​with the flare. All of this had to be at a specific time. We had a window of about 15-20 minutes. So it was essential that we set this up and look at it and that we can squash the bugs,” Adams said.

While the Cousins ​​are busy scouring the compound for signs of him, Nacho (Michael Mando) makes his way through the desert toward a safe hideout. At one point, he takes refuge inside a drainpipe, first to get a much-needed drink of water, then to take shelter from the shadows inside.

“The tricky part was actually putting a head camera inside that drainpipe and we had to have running water on it. It was during the height of Covid so there were all kinds of planning and thinking about where that water was coming from and how it was going to be handled. It had to be sterilized and handled so that Michael could drink it,” Adams said.

As for the location itself, it was about making a key addition to a venue that has been used a lot over the years.

“There’s an area behind the studio that we use for a lot of this stuff that sort of started on ‘Breaking Bad.’ It functioned as back areas in Mexico for many, many seasons. There was a natural route that was already built. You see it later when they drive over it. They dug this hole, they dug this pipe in there, sterilized it and kept it covered and cleaned,” Adams said. “We we had to be very careful how we inserted the camera so we didn’t interfere with it and leave dirt in the water he was going to drink And on a drain pipe like that you want to sure there’s absolutely no chance this thing could go down. We had an engineer there, watching the whole time and figuring out exactly what it might take. It was pretty complex, but I like the way that thing handled the light. That’s something I’ve been into. lque sort discovered in the night. We skirted it, with lights just off frame on both sides. And man, it just knocked me out.

And of course, it wouldn’t be an episode of “Better Call Saul” without a little onboard camera trickery. When Jimmy arrives at the courthouse for his day at work and sends his bag through the metal detector, the audience watches as he moves along the conveyor belt to the other side. For all the niceties required elsewhere, there are times when the show can take advantage of some simpler setups.

“We carry a small BMPCC [Blackmagic Pocket Cinema Camera] for such an occasion. It’s not much bigger than a camera and it serves really well too. The gaffer actually had to put a little green light in there, but he literally attached a monitor and a cable so we could watch him go by,” Adams said. “Directors are always trying to come up with a new idea to get in or out of the scene. It can be simple or they can be really complicated. You never know what we’re going to do.

“Better Call Saul” airs Monday nights at 9 p.m. on AMC and is available on AMC+.