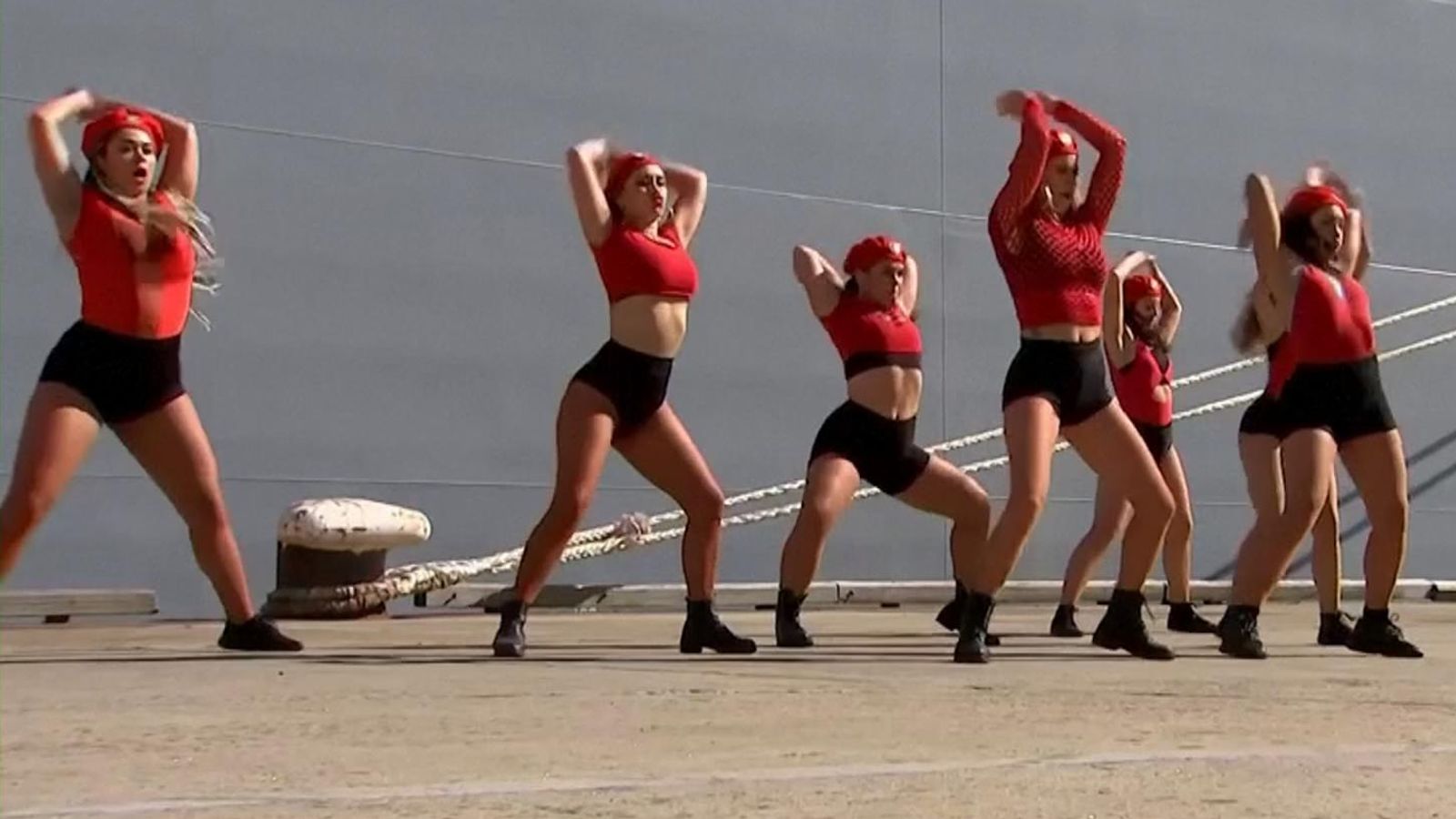 The performance of a twerk dance troupe at the launch of Australia’s newest Navy ship created fury on multiple levels after complaints that it was too risky were followed by criticism of the national broadcaster.

What started as an initial review of the show itself turned into allegations of inaccurate reporting and exploitation, with a “misleading montage” blamed for footage that appeared to show members of the top ranks of the army watching the performance while they had not yet arrived.

Doll 101 Squadron had been invited to dance at an event to mark the commissioning of HMAS Supply – and the performance was shown by the Australian Broadcasting Company (ABC).

Australia’s Department of Defense found itself in hot water when it said the routine of the seven-woman troop – which included twerking – was inappropriate for the occasion.

However, the group – who were dressed in black shorts, red crop tops and berets – have now criticized the coverage, saying they used “creepy” angles and “deceptive editing.”

It has also contributed to them feeling “threatened” and “exploited” as a result of intense media interest.

In a statement to Sydney Morning Herald, they said: â€œMembers of 101 Doll Squadron have been personally attacked across all media platforms since the weekend and we now feel in danger.

â€œThe media claiming to support women have been the most vocal.

“We are very disappointed with the ABC’s deceptive edit of their video piece which cut to guests and dignitaries who were not present and filmed from angles that could not be seen by the audience.”

The ABC report also cut between shots of the dancers and a crowd of dignitaries including Governor General David Hurley, the Queen’s representative in Australia.

Mr Hurley had in fact not arrived at the time of the routine, an Australian Defense Force spokesperson said.

Even Prime Minister Scott Morrison entered the debate, saying he was disappointed with the â€œfalse informationâ€ that had misled people.

“I think it was disrespectful to the artists to suggest that the governor general or other people were present,” he said at a press conference in Perth.

In a statement, the ABC apologized and said it had updated its footage to reflect the fact that the Governor General and Chief of the Navy were not present for the dance routine.