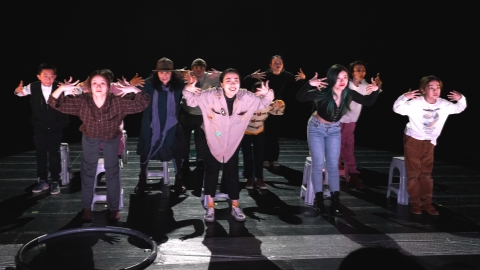 Nine months ago, Du Juan, 38, was lying in an intensive care unit at a hospital, unable to move around without help. Bulimic patient, Du has lost her will to live.

Psychological eating disorder, which occurs when people overeat and then vomit to maintain their weight, damaged her intestines and stomach. Her weight dropped to 25 kilograms.

A glimmer of hope came into her somewhat bleak life when she received a call from the Shanghai International Dance Center several months ago.

The center wanted her to come for an interview as a dancer for an amateur production called “The Vision of Yoyo”.

Du had responded to a general recruitment notice in July, without expecting to be chosen.

â€œI was at the lowest point of my life, suffering from physical pain and hopelessness,â€ Du told the Shanghai Daily. â€œI was even considering killing myself, but I knew it would hurt my family, including my husband and my daughter. Only cowards give up living. I needed something to hold onto.

Du Juan (second from right) is one of the 12 dancers featured in “The Vision of Yoyo”.

When she was first summoned in August, she mourned the death of her foster mother.

â€œWhen I got the call I was in terrible condition and at first I thought it was a joke,â€ Du said. â€œBut luckily they called back. “

In a way, it fits perfectly with â€œThe Vision of Yoyo,â€ which aims to present the ups and downs of ordinary people’s lives in the language of dance.

Du was born in Jiangxi Province in 1982 but was abandoned after birth. She was adopted by a couple from Shanghai when she was 3 years old. She was first diagnosed with bulimia at the age of 23. The disease gradually worsened.

Du started working in a kindergarten in 2006, got married in 2014, and gave birth to her daughter a year later. Her weight has started to drop sharply since the start of last year.

Du said she was beset by feelings of inferiority, especially after seeing the physical condition and flexibility of other interviewees.

“Other candidates were warming up and making gaps, while it took me a while to climb all the stairs to the entrance to the theater,” she said. “But since I was there already, I was determined to introduce myself as courageously as possible.” 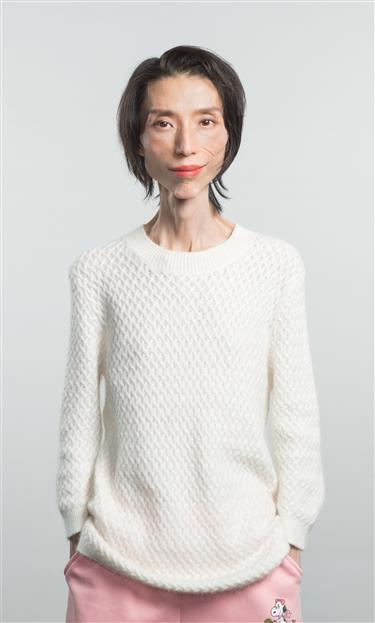 During the interview, participants had to improvise dance movements to random music.

â€œI had learned folk dance in my childhood and the movements came just when I heard the music,â€ she said. â€œI wanted to stand on one leg to look like a swan or a peacock, but I was too weak to handle those movements. Standing on my toes with both feet was the best I could handle.

She continued, â€œFinally, I just closed my eyes, stretched my arms up to the sky and started to grab the air, like I’m trying to grab a star. I was imagining this. star as a hope in my life I was in tears at the end of my performance.

According to director Song Xinxin, Du’s devotion and immersive performance wowed all the judges. She was one of 12 dancers selected for “The Vision of Yoyo”.

Two of the dancers chosen were professionals; two were dance students and the rest were all amateurs. The dancers were between 8 and 66 years old and came from all walks of life.

â€œWe wanted to select amateur dancers from various aspects of life,â€ Song told the Shanghai Daily. “They didn’t need to have exceptional dance skills, but they had to be able to express themselves and show vitality.” 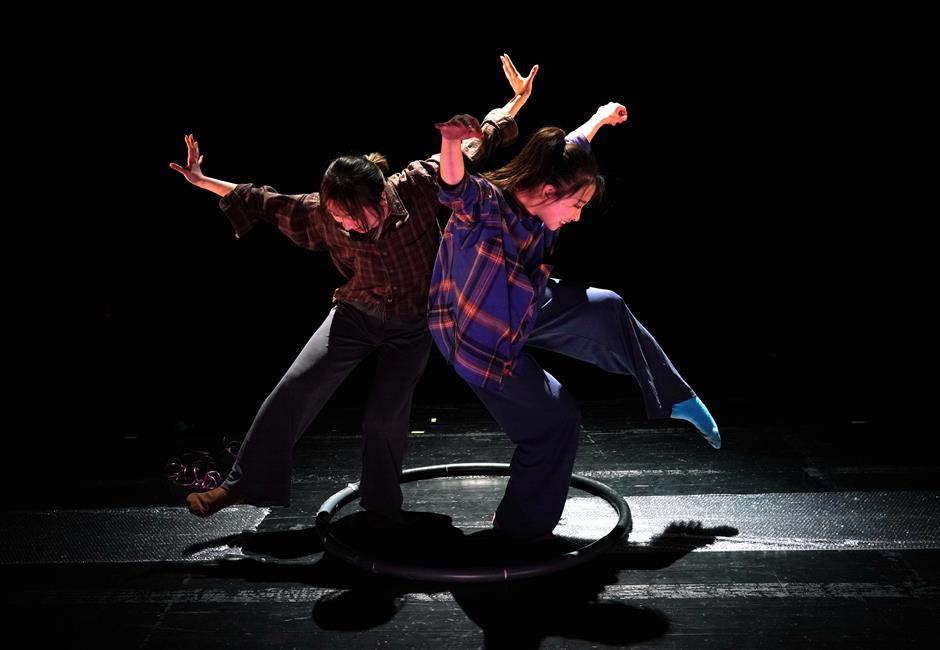 Dancers Wang Jiani (left) and Wang Shuhuan are students of the dance school.

Song said the purpose of recruiting amateurs is to show the public that the art of dance belongs to everyone, professionals and amateurs.

â€œEveryone is equal regardless of whether their body has been trained or not,â€ Song said. “People can use their own movements to express themselves and enjoy the pleasure of dancing.”

She continued, â€œA number of famous dance artists, like Pina Bausch and JÃ©rÃ´me Bel, have worked on amateur dance projects that challenge the stereotype of young, thin and well-proportioned dancers. We are all getting old and no one is perfect. To face this fact frankly is a kind of beauty in itself.

Song said she often noticed a sanitation worker sitting in the park near the dance center, playing a tune on a leaf.

“He impressed me more than any other musician I see on television because he practices an art without any commercial motive,” she said. “This is what I want ‘The Vision of Yoyo’ to become.”

The “Yoyo” in the production’s title refers to the name of a boy who took part in an online dance center class. He uploaded a video of himself dancing as homework, and it inspired the creation of an amateur dance show.

The center originally planned to focus the production on Yoyo’s life, with him a star dancer. But the boy’s family canceled the plan. He may not appear, but his mind permeates the concept of the show. 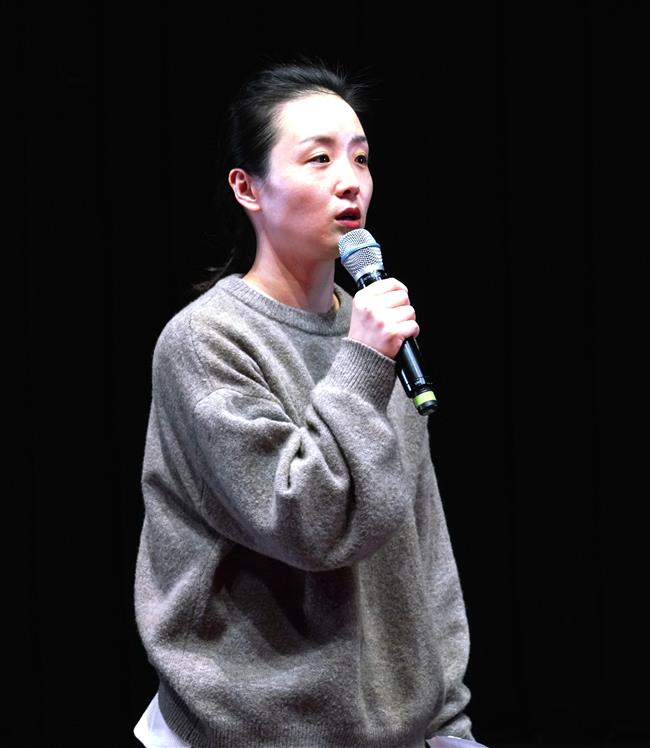 When the production was in its early stages of creation, Song spent hours chatting with the various dancers to uncover their personal stories. The show will include a group dance by the 12 performers as well as individual presentations. Some segments are accompanied by monologues.

The dancers are not only from different backgrounds, but also from different regions of the country. They have been meeting in Shanghai on weekends to train and rehearse since October.

Dancer Wang Qinyu, 10, and his sister Wang Yuying, 8, are from Harbin, capital of the most northeastern province of Heilongjiang. They went to rehearsals every weekend until cases of COVID-19 were reported in Heilongjiang last month. They managed to spend the winter school holidays in Shanghai to make up for lost time.

â€œI have been doing street dancing for three years,â€ said Wang Qinyu. â€œI took part in competitions but never in a performance. For me, a performance is an opportunity to express my emotions and make them feel to the audience.

Dancer Xiang Qing, 66, is a painter. She was traveling to Tibet when she learned about the recruitment notice from the dance center.

â€œI never had professional dance training,â€ Xiang said. â€œI believe dancing is part of human nature. I have cultivated an unbridled personality since childhood. I wanted to dance, so I applied. I like spending time with all the young dancers. 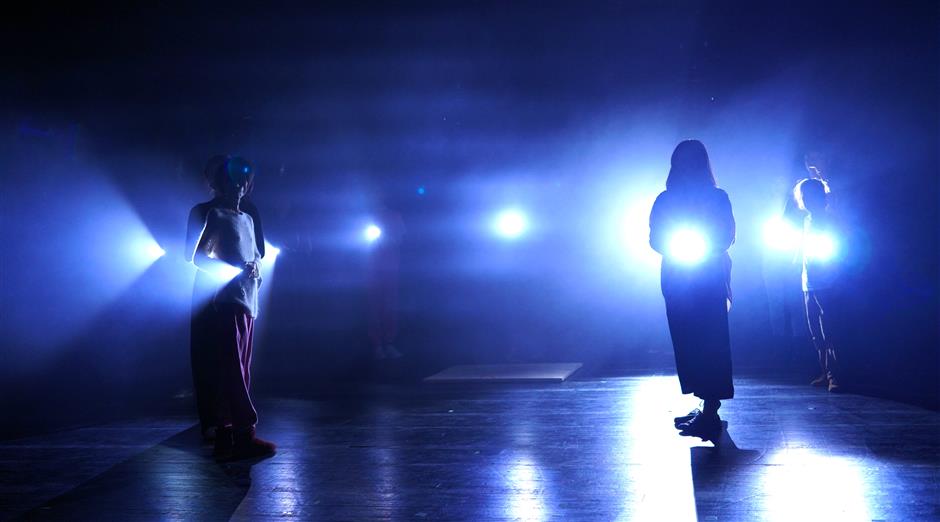 The dances will describe the ups and downs of everyday people’s lives.

Wang Sijia, 37, was a professional dancer. She started dancing at the age of 7 and joined the Shanghai Dance Troupe after graduating from dance school.

â€œI left the stage and gave birth to two babies,â€ Wang said. â€œBut I’m passionate about dancing, and I’ve missed the stage so much in the eight years I’ve been away. So I decided to relaunch my career as a choreographer.

She added, “I may not have the same stamina as I once did, but my maturity and life experiences help me with my choreography.”

Jiang Mengying, 26, is a doctoral student in neurobiology. She sees dance as a sport as well as a method of self-healing.

â€œI am an extremely emotional person,â€ Jiang said. â€œThe dance is filled with fun and challenge. More importantly, it drives out the turmoil, fury, and strife within me. Like other art forms, this is where I can find my spiritual world.

According to Song, it took her a few in-depth discussions with Jiang for her to reveal her inner struggles.

â€œShe was embarrassed by anxieties and pressures, as well as a contradiction between personality and reality,â€ Song said. â€œEveryone has a rich and complicated inner world.

Dancers do not need to be trained professionals to express themselves and share their emotions with the audience.

In “The Vision of Yoyo” some dancers will present their personal stories, some will dance to express their emotions and some, especially the younger ones, will simply showcase the innocence of passion.

â€œAt first, I was hesitant to talk about bulimia or share my personal stories,â€ Du said. â€œBut these are the realities that I have to face and conquer. I have no experience on stage. My 5 year old daughter accompanied me to two rehearsals to encourage me.

In addition to intermittent body pain and poor stamina, Du had to overcome his tendency to tire easily.

â€œDancing has become the light of my life,â€ she said. â€œIt helped me regain my self-confidence and gave me back the will to live. I believe I will conquer my eating disorder if I can stay in a good mood. 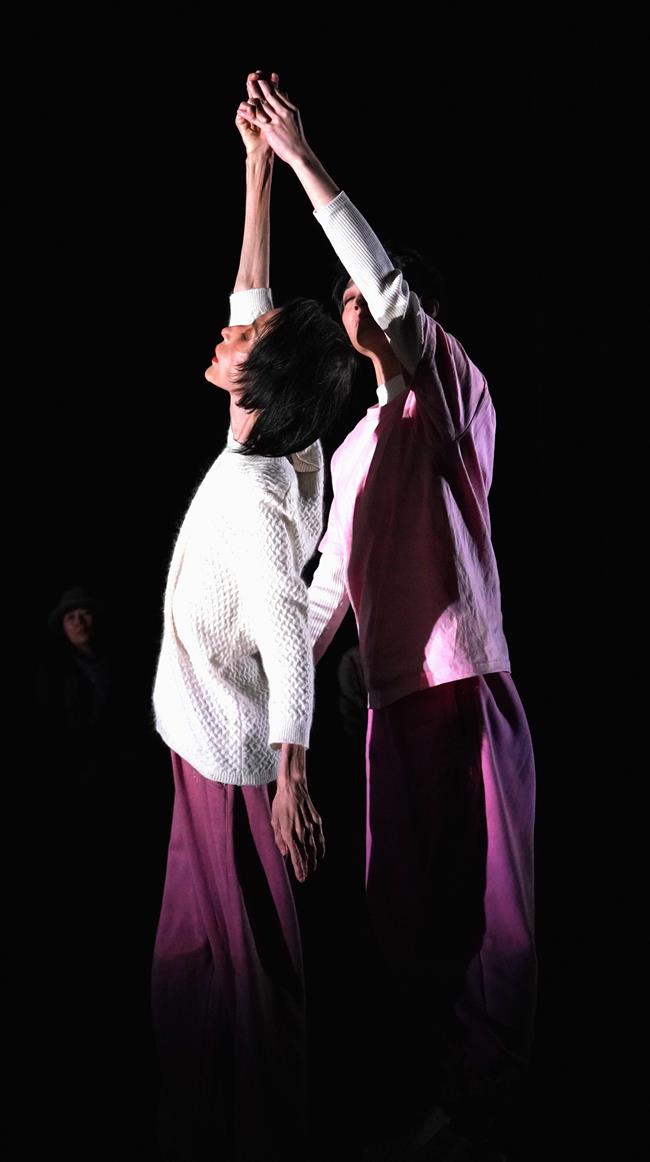 For director Song, who is working with amateur dancers for the first time, the challenge is to present the diversity of each dancer and to find an axis to connect their stories.

â€œCommunication is important because everyone has different opinions on how to present their individual segments,â€ she said. â€œThe creative process consumes a lot of energy, but I believe in an artistic production inspired by the realities of common life.

â€œThe Vision of Yoyoâ€ is scheduled to be performed in May at the Shanghai International Dance Center and will be part of the Center’s Amateur Dance Theater series.

â€œI hope the dance evokes the warmth and courage of the audience,â€ Song said. â€œLife is hard, but worth living. The dancing is beautiful and some audiences might even identify with individual artists. “