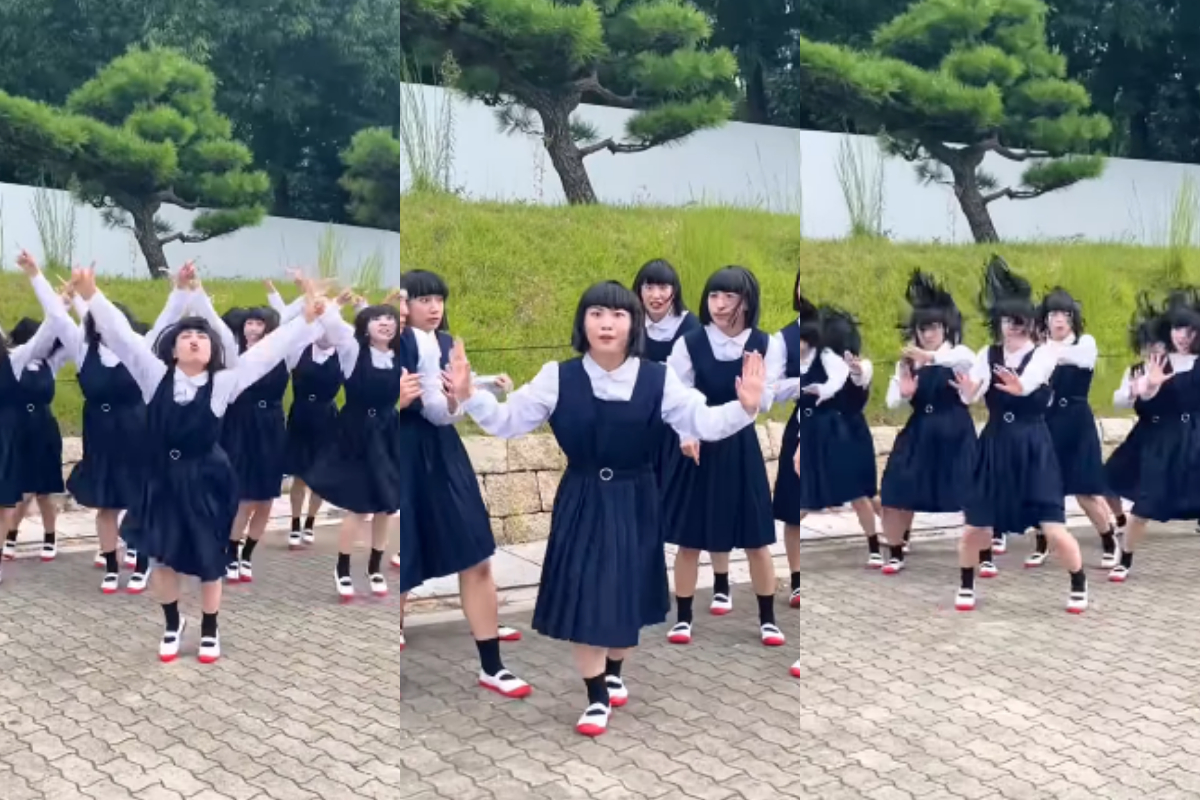 Kala Chashma’s popularity has persisted for months. The fashion has attracted everyone from commoners to influencers and celebrities, rocking them to the upbeat music. It all started when an all-male Norwegian dance group called Quick Style went viral for their wedding performance of Kala Chashma. Since then, the internet has exploded with dance videos. As you may have seen in several videos, the challenge consists of a group of dancers, one of whom is assigned to twerk to the catchy song.

Now, a new video has surfaced showing an all-female Asian dance ensemble performing the song with explosive moves. Dressed as schoolgirls, the gang vibrated passionately and happily to the beat of the music when one of them tripped and fell. As others joined her, the falling girl twerked for a few seconds to complete the hook step. Their ardor and vitality are captivating and will make you want to dance.

Take a look at the video:

People loved the video and were blown away by the band’s incredible energy and moves. One user said, “Boom! The energy level,” while another remarked, “It’s a joyful and uplifting dance. This is what the world needs. A third said, “Hahahaha phenomenal! You guys changed the whole world.