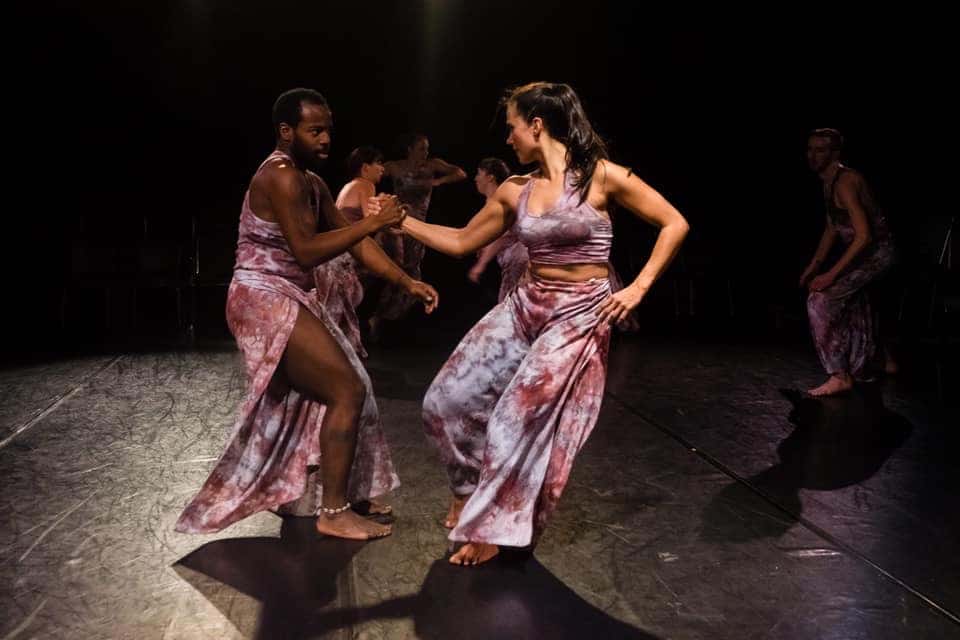 Lucy Vurusic Riner’s first evening dance in five years for RE | Dance Group, the ensemble she directs with co-founder Michael Estanich, took place at the Filament Theater in Portage Park from November 21-24, during a series of fairly clear evenings that allowed a view of the moon. During the hour-long performance, Vurusic Riner and the other seven members of the ensemble explored the changing moods and emotions drawn to the phases of the moon as it shoots out the tides and everything in orbit. around our planet (anyone who has worked in the service industry can tell you the very tangible reality of full moon fever). The small but spacious Filament Theater set the right tone for a performance written in sweet vulnerability; three rows of chairs were arranged around the perimeter of the performance area and the dancers came a few inches from the front row as they swept the space.

The room opened with Vurusic Riner alone on stage, supine, limbs stretched gently towards the sky, bathed in a soft spotlight. It ends the same way, and in between moves through a series of short, rapidly changing sections that establish a kind of meta-rhythm for the show. There are a handful of slightly theatrical interludes with excerpts from Linda Beirds’ poem “Lunar Eclipse” scattered among complete ensemble sections, duets, trios and solos. The music, much of which was composed for the show by Mark D. Burns, changed just as frequently, from ambient to lyrical to rhythm. However, the dominant spirit of the piece was tenderness: dancers leaning on each other, occupying themselves, even slightly grooming each other. In fact, sections with movements suggesting fight or conflict did not appear to be as fully realized or engaged as those in which the dancers expressed playfulness, care or respect. Some of the most prominent moments were in the simpler themes – the arms extending from the chest repeatedly in a receptive gesture. I found myself driven the most by the solos (each dancer took one) which allowed the individuality of each member of the ensemble to shine.

In the tarot, the moon indicates intuition and the realm of shadows, and a calm current of darkness and uncertainty runs through the gently communal spirit of “What the Moon Pulls”. In the last moment of the room’s full circle, when Vurusic Riner was once again alone on stage, fingers and toes gently holding up to the sky, she said she was afraid of the vastness that surrounds us all. And yet, as I stepped out onto the moonlit stretch of Milwaukee Avenue into the quietness of Portage Park, what resonated was how in all this vastness, what we have to hold onto is the other. (Sharon Hoyer)

Raising the “bar” with Rider Dance Ensemble – The Rider News